Ossia is headed to Mobile World Congress February 26 to March 1, 2018, in Barcelona, Spain! This is your opportunity to meet top innovators in Real Wireless Power, see the next generation of Cota® wireless power for mobile, and discover how you and your organization can become an important part of the Real Wireless Power Ecosystem.

Drop by, schedule a demo, or make an appointment to discuss licensing.

Ossia's flagship product, Cota, redefines wireless power by safely delivering remote, targeted energy to devices at a distance. Cota is Real Wireless Power delivered without wires, pads, or plugs. It provides power to Cota-enabled mobile devices even while they’re in use, on the move, and not in sight of the transmitter, which can be up to 30 feet away, even behind objects and walls. Visit Ossia at MWC for an in-person demonstration. 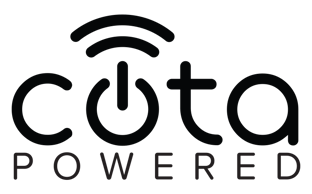 The World’s Largest Gathering for Mobile

Mobile World Congress is the world's largest gathering for the mobile industry, and this year’s themes are of particular interest to all of us at Ossia, because of all the wireless power implications for mobile:

We look forward to meeting with you at World Mobile Congress in Barcelona and sharing our vision for the future of Real Wireless Power!