Wireless Power is Lightening the Load for Tomorrow’s Military

Today’s soldiers have more advanced, more robust equipment needs than ever before in history. Multiple sources report that soldiers often are required to carry 110-150 pounds of equipment, with up to 20 of those pounds being batteries.[1][2] 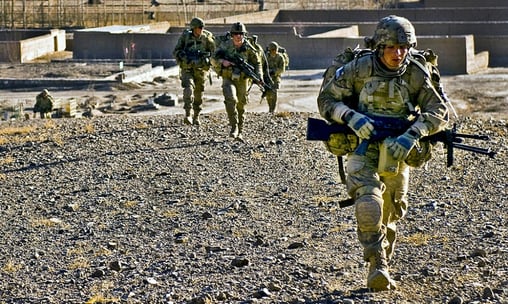 Extra battery weight means decreased agility, mobility, and stamina, and increased risk of injury. It also means limiting entry for qualified military personnel who are physically unable to carry so much weight for long periods of time. Manufacturers and designers are hard at work at reducing the load and increasing dependability of devices for the military.

Let’s take a look at what the power needs are and the mobile energy options for the military.

The dependence on batteries requires a soldier to actively monitor and manage multiple battery types in devices that are used to keep people safe. Consider some of the many military devices a soldier carries in a 72-hour mission that each need less than 1 W of energy:

Multiple battery types, the need for spare batteries, battery lifespan, battery weight, and battery failure are mobile device issues that must be addressed by the manufacturers of military devices.

Universally charging military devices automatically and simultaneously is key to relieving risks and physical burden on our soldiers. 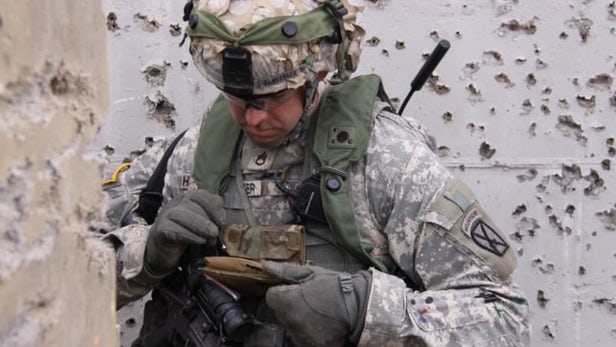 “The U.S. will spend nearly $80 billion [in 2016] to create new weapons, armor and related gear, up 5% from last year,” according to Kiplinger.  That’s estimated to grow even higher in 2017. No doubt some of that spending will be research and development on reliable, lightweight device power options. Here are just a few:

Solar Power: One solution to the heavy and unreliable battery is solar energy. Lightweight solar panels can potentially charge multiple battery types and various mobile devices. But with solar energy comes the need for sun exposure and physically plugging in to charge devices.

Interchangable Batteries: Another transportable energy option could be for military device manufacturers to work together to design a universal battery type so that batteries can be swapped depending on use and need. Of course, designing and coordinating the manufacture of a battery size that works across device types would be a huge, global effort and swapping batteries on the field takes time and prohibits the simultaneous use of multiple devices.

Wireless Power: A third and more viable option is to deliver wireless power to military small devices. Real wireless power is energy delivered without wires or line of sight, over distance, and while in motion. It charges multiple device types simultaneously and without soldier intervention, and can be secured and managed over the cloud.

The best part? A wireless power receiver like Ossia’s Cota weighs practically nothing and could decrease pack weight by up to 20 pounds. Here’s how it works.

How Wireless Power Can Charge Many Soldiers’ Devices

Transmitting Wireless Power to the Military

Wireless power like Ossia’s flagship technology Cota® is delivered safely via radio waves over air, much like WiFi. When a soldier is at base or in transport, they’ll be within range of the transmitter that will automatically find and deliver continuous energy to all the devices they carry, even while in use and in motion. Military IT personnel or manufacturers can integrate the transmitter into any building or vehicle, and can linked it with other transmitters for broader reach.

Any manufacturer can retrofit or design their small devices to carry a tiny, microchip-sized Cota receiver that will automatically connect to a transmitter when within range. Wireless power is delivered to multiple devices when they need it, and not when they don’t, and only for the people who have permission via the Cota cloud interface.

Both Cota receiver and transmitter technology is licensed through Ossia to enable consistent wireless power standards across manufacturers and countries while offering end-product design control to the manufacturer. In other words, interconnectivity is built right into the design.

The benefits of using Cota wireless power for military personnel’s mobile devices are clear and obvious:

The Bottom Line for Wireless Power for the Military 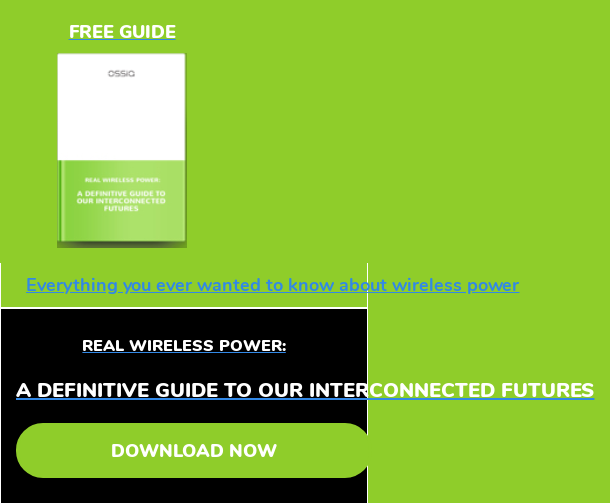 Photos courtesty of Modern War Institute at West Point and the US Army.