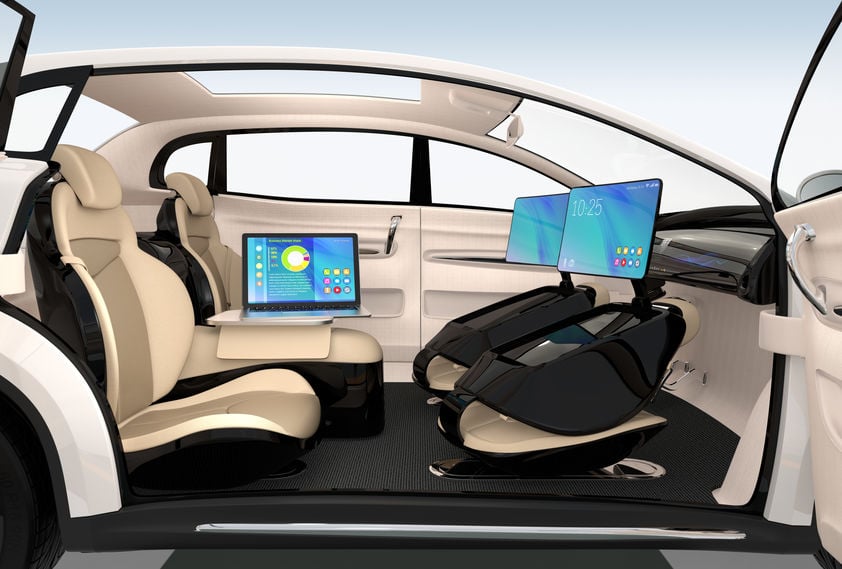 The automotive industry is in the midst of major upheavals, as are countless other industries. Disruption is in the air. Convergence of technologies like wireless smartphones, gigabit Internet and the big data cloud has seeded massive, structural shifts. But the automotive industry – and the mobility transportation sector in general --- face a double whammy: autonomous vehicles change everything. Literally everything.

Since the first Model T, cars have been owned and operated by people. Consumers. You and me. Even before Henry Ford invented that car, private ownership was the norm for horse-and-buggy carriages. Heck, even earlier it was horses possessed by ordinary folks. Now, vehicle ownership faces a seismic rift driven by autonomous vehicles.

Ridesharing with autonomous vehicles is poised to remold all we know about cars. Rideshare technology has already “decimated the taxi industry” and stands poised to radically dislocate carmakers too.1  As Moody’s foresees, it holds the potential to “radically affect the profitability of new vehicle manufacturing”. 1 McKinsey observes the flipside is that shared mobility “suggests strong new opportunities for automakers, suppliers and many more mobility players”, but only if the industry positions itself for it.2

Since it appeared on the scene around 2011, ridesharing has been recognized as a disruptor with the possibility that “a couple changes could blow the doors wide open”.3 CBT predicts that one of those blow-the-doors-open changes is purpose-built vehicles intended just for ridesharing.3 What a cool concept: cars designed for ridesharing with the right special features built-in. Leading automakers recognize this and are planning from-the-ground-up autonomous ridesharing vehicles. Dedicated people movers totally rethinking what a car is.

Ridesharing in autonomous vehicles is different in colossal ways from driving today. It’s not my car or your car. My normal ‘stuff’ isn’t there – charging cables, phone holders, etc. And we no longer have to be engaged in doing the actual driving, turning the ride into an entertainment experience plus (perhaps) productivity time. Picture the new paradigm. All the occupants of the vehicle are busily interacting with their infotainment gadgets – smartphones, gaming, tablets, laptops. Way more than we do now.

Those gadgets in the car all need energy. But are there power receptacles? Do I have the right cable stashed in my pocket or purse? Is that receptacle broken or worse yet, filled with used chewing gum from a prior occupant? What a huge headache of a hassle. Ridesharing with the doors-blown-wide-open needs to be fun, convenient and seriously hassle free. Low friction, as they say.

The fun, convenient, hassle-free part is where wireless power comes to the rescue. Ossia’s Cota Real Wireless Power system, based on patented technology, was just authorized by the FCC. The initial use case granted approval was for commercial, industrial and business environments, delivering meaningful power to charge devices at 1 meter distance. Ossia is working on a significant road map of regulatory submissions targeted at additional use cases (consumer, residential, automotive, gaming, etc.), greater range (2 to 3 meters, potentially out to 10 to 15 meters for some applications), other frequency bands and expanded international approvals. Cota wireless power is coming to automotive just in time for purpose-built ridesharing vehicles.

Wireless power is foundational and groundbreaking for ridesharing automotive models. Imagine getting into the ridesharing vehicle and having your devices automatically, seamlessly powered and charged without wires, battery packs or even having to think about it. It just works. When you get in the car, your phone detects and uses the available wireless power just like it does today with WiFi hotspots.

The handwriting is on the proverbial wall. Auto manufacturers who embrace the opportunities of autonomous ridesharing with wireless power will blow the doors wide open. Others will be left by the side of the road.