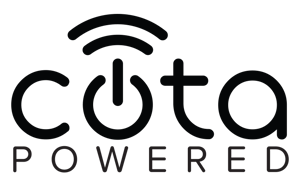 If you are involved in developing a product or service that might benefit from wireless power, you’re likely familiar with the need to fulfill different safety standards and certifications of different areas in the world, from the Federal Communications Commission’s (FCC) certification in the United States (which has some of the most stringent standards for measuring RF safety), to Europe’s CE (European Conformity), to the Certification and Accreditation Administration of China’s CCC (China Compulsory Certificate), to Industry Canada (IC) certifications.

In general, product safety testing requirements in the EU and Asia are less stringent than the USA’s FCC, so achieving an FCC certification is a tremendous milestone for any company, including Ossia, which was granted FCC equipment authorization for commercial use of Cota earlier this year.

To “continue to ensure the health and safety of workers and consumers of wireless technology,” the FCC recently conducted a multiple year public review and proposed that existing radio frequency (RF) safety limits should be maintained. According to the FCC’s chairman, “the United States’ RF exposure limits for handheld devices are among the most stringent in the world.” The Office of Engineering and Technology chief concurs that the U.S.’s existing radiofrequency limits are “are among the most stringent in the world for cell phones.”[1]

You’ll be happy to hear that Ossia’s wireless power technology, Cota, meets these same rigorous safety standards that the FCC and its Office of Engineering and Technology set for handheld devices and cell phones. In fact, Cota has been through multiple rounds of rigorous SAR (Specific Absorption Rate) testing conducted by Underwriters Laboratories. The results of these tests have always been within established human safety limits (including FCC guidelines, ICNIRP (International Commission on Non-ionizing Radiation Protection), and Canadian SC6 limits).

The EU and Asia’s certification requirements, based on ICNIRP, are significantly less stringent than the United States’.

Cota Real Wireless Power is the only technology that can safely power devices in motion over a distance, while not in line-of-sight of the transmitter, even with people in the power transfer area. No other wireless power technology can claim that.

The “available scientific evidence to date does not support adverse health effects in humans” when using FCC certified products, like Cota, that generate “exposures at or under the current limits,” says the Director of the FDA’s Center for Devices and Radiological Health. Of course, we continue to test to ensure safety and to gain additional certifications for different applications.

Real Wireless Power: How to Get Started

Partnership with US Startup Ossia I...