Just a few weeks ago, our team was at the Consumer Electronics Show- CES 2017- demonstrating our newest development to our wireless power technology, Cota™ Tile. Besides demoing to “wow” the crowd, our team stayed plenty busy just explaining the notion of wireless power to booth
visitors. Their reactions ranged from excitement to uncertainty, and everything in between.

The concept of wireless power is mind-boggling for most people. As Tom’s Guide reporter Avram Piltch put it, “true wireless power that travels through the air is the holy grail of mobile tech.” In his article, Piltch admitted he was blown away by Ossia’s potential. When we try to explain wirelesspower, we also try to capture how big of an opportunity it presents for wearable, smartphone and IoT device makers. These possibilities are not about wireless power, but about how it will impact our world. 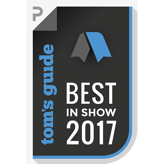 What is wireless power over distance?

Wireless power over distance, or remote wireless power as you’ve heard us say in the past, transforms power delivery for consumers and enterprises. Think about today’s standard household and how power to our devices is distributed. Everything is a mess of cables and disposable batteries supporting dozens, potentially hundreds of devices in your home or office that need to be either plugged in or batteries replaced.

The discovery behind Cota’s wireless power isn’t a continuation or improvement of this ‘wired’ technology—it’s a totally new, physics-based concept. With wireless power, a receiver sends out a small beacon signal that seeks the transmitter. Once received, the transmitter sends power back in through all the same paths from where the beacon was received. The power is only delivered to the receiver’s antenna. This ‘pinging’ process occurs up to 100 times per second, allowing power to be safely sent, over a distance, and while in motion.

Turns out this technique delivers power with a natural safety built in; any object blocking the beacon (like you and I) would be avoided, since it would not reach the transmitter and that path with you and me in the way would not be used for power delivery.

The killer app of the connected future

Yes, wireless power has the potential to remove billions of batteries from landfills annually, but as importantly, it flips the way we use and interact with thousands of other technologies upside down. Wireless power can be integrated into the millions of other devices that exist today, ensuring they are always on and always charged. There will be over 30 billion connected devices by 2020, according to IDC’s Worldwide Internet of Things Forecast Update. Wireless power will allow you to enter the connected home/office world with far fewer constraints on where you will put power cords or wire your office. When wireless power is at play, battery capacity is no longer an overriding constraint for mobile and IoT devices as you will have continuous power everywhere you go, just like wifi. This means future products will have faster processors, brighter screens, better connectivity, higher definition cameras and a countless number of better features.

Our Cota™ platform includes receivers, in the form of a small silicon chip, that integrate with a variety of devices, transmitters and software for managing connected devices.  This is a combination that gives users complete mobility and freedom when using the technology. The Ossia vision is to build an ecosystem where wireless charging is the common denominator, just like the electrical outlet is to the billions of electronics that plug in today.

The impact goes way beyond the need to charge our devices, it will mean we will use them more, in more situations. Leading to the creation of new applications not constrained by the limits of available power, providing levels of service we cannot even imagine today. This is where Cota makes its mark as a killer app for many developers.

We’re building something that that will impact just about every part of our lives in the future. In just a few years from now, devices will stay powered anytime and everywhere. It’s time to cut the cords!

The Future of Augmented Reality (AR...