How Fast Can Wireless Power Go? 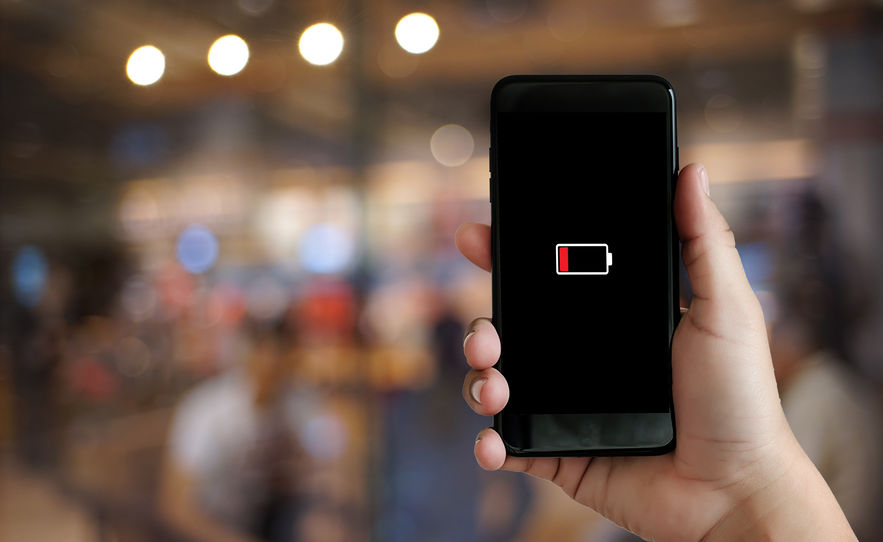 A Quick Primer on Charging Speed

One question that frequently comes up whenever we’re out and about at conferences and events, like the recent CES 2020, is about wireless charging speed. How fast will a device, let’s say a smartphone, charge compared to traditional wired and pad charging methods?

We often reply that in the future charging speed won’t be particularly relevant, because once wireless power is ubiquitous, devices will always be automatically topped off; it would be a rare situation (like camping outdoors in the wilderness for a few days) where the device might fully drain and need to be rapidly re-charged.

That said, we understand that it’ll take some time for wireless charging over-the-air to be available everywhere  ̶  in your home, car, train, and airplane or at your work, grocery store, or favorite cafes.

Until then, your devices may get low on power in-between wireless-power-enabled areas. So how fast will your smartphone charge with wireless power, let’s say, when you’re on an airplane, compared to using that USB outlet in the airplane seatback?

Example: Wireless Power Vs. USB Cable Charging on an Airplane

It’s always such a relief when we slide into our seat and spot the airplane seatback USB socket. They might be slow charging, and in some cases just station-keeping powering, but they’ll do just fine if our smartphone needs a little juice during flight.

Many of those airplane seatback USB sockets are 5 Volts delivering about 0.5 Amps maximum, so you’re only receiving 2.5 Watts of power at best[1]. Most people don’t even realize it’s so darn low, because of the in-flight convenience factor. If your plane is equipped with Ossia’s Cota wireless power, which is 5.8 GHz, you’d receive a faster charge: 3.5 to 4 Watts or more at 1 meter distance from the transmitter powering a single device.

What’s more, you wouldn’t have to worry about anything: charging would happen automatically while the devices (phones, phone sleeves, etc.) are in your bag, tucked in the seatback pocket or even in use. No need to remember power cords or struggle with the proverbial too-short cord.

Galaxy Versus iPhone: Which Will Charge Fastest?

When it comes to charging speed with wireless power, another question we frequently hear is, “Does device brand matter?” The short answer is Yes. Check out this nifty comparison chart:

The best-case scenario currently is to capitalize on wireless power on an iPhone, and when wireless power isn’t available, use the Qi pad charger for a quick boost at the tradeoff of sacrificing the phone to the charge pad. Keep in mind that the technologies are always improving, and through optimization eventually many wirelessly powered devices won’t need batteries at all.

The Advantages of Wireless Power Compared to Traditional Charging Methods

When you’re thinking about speed, it’s also important to note the other upsides and downsides of different charging methods: 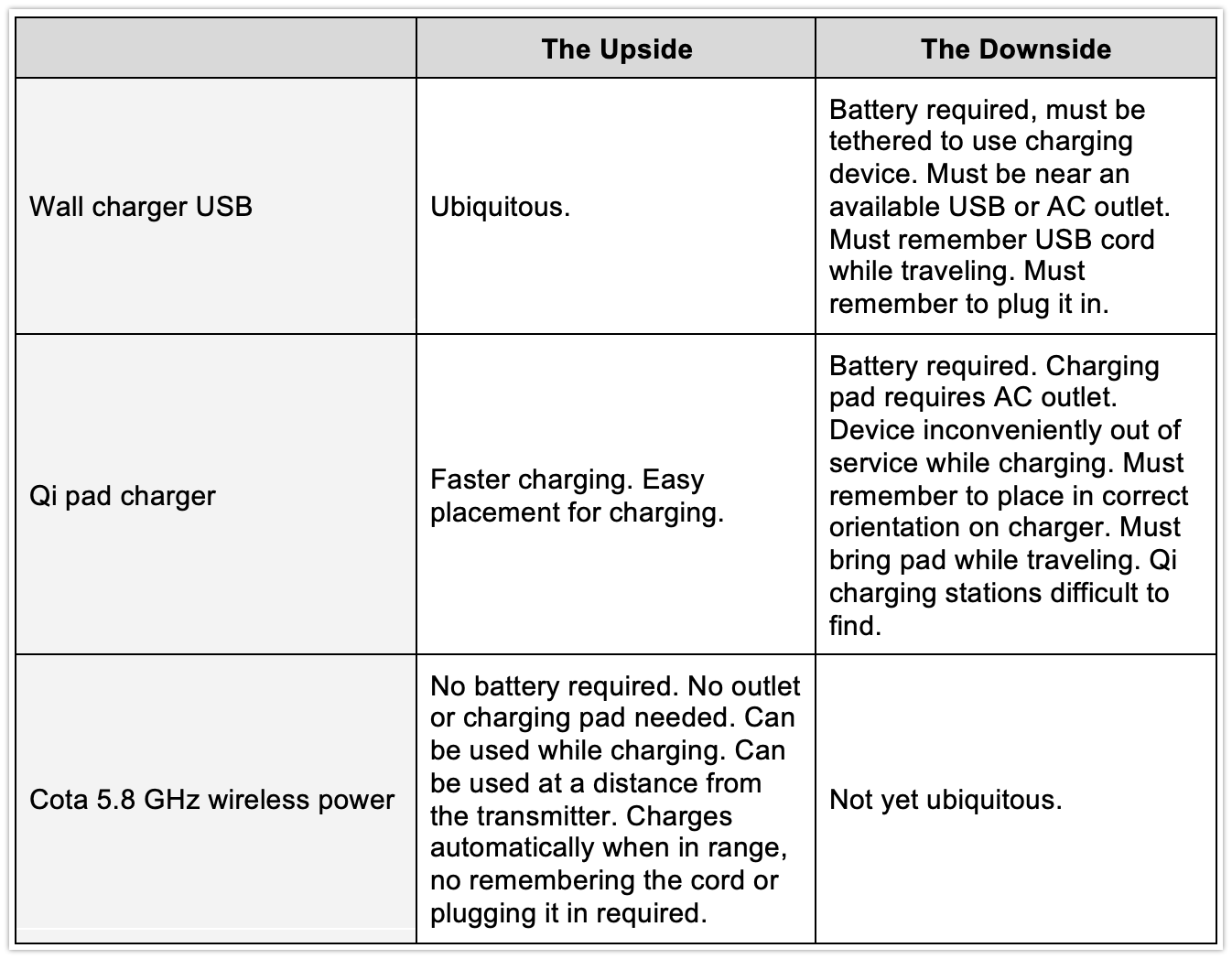 We anticipate more and more organizations will start offering wireless power as a service, while simultaneously more manufacturers will start retrofitting current devices (for example with wireless powered dongles or phone sleeves) to receive it, and innovating future devices to have a Cota wireless power receiver built right in. Synergistic combinations will likely emerge too  ̶  like wireless power delivered to portable Qi charging docks or smartwatch charging stands. Once things reach a tipping point, just like with cell phones and WiFi, we’ll wonder how we ever managed to put up with cords as long as we did.

Considering wireless power as a future innovation into your company’s products? Let’s talk.