Innovations in wireless power by Ossia, on a range of up to 30 feet, will have clear benefits for smartphones and laptops. The company says for manufacturing, IIoT sensors have the most to gain. 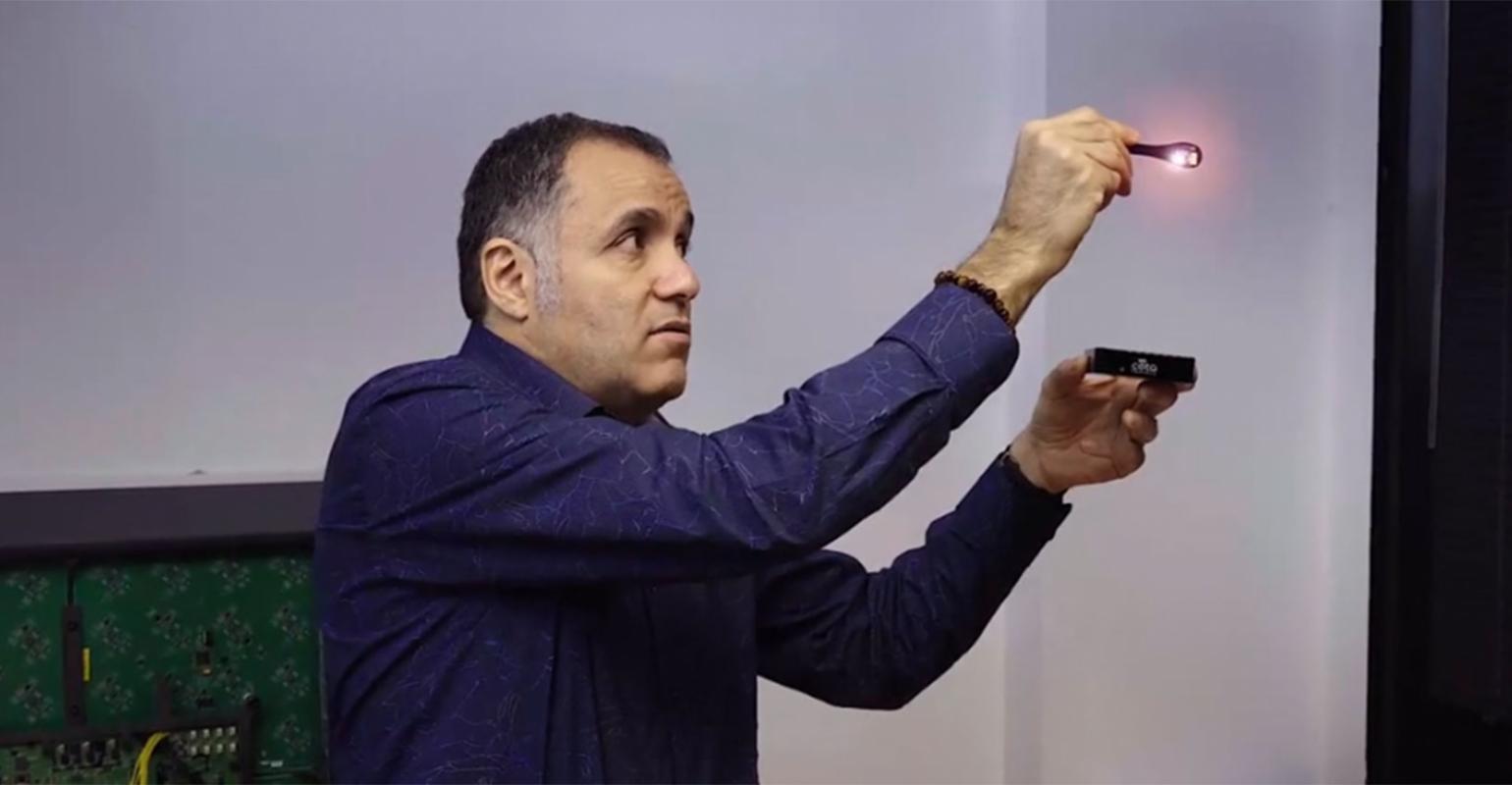 There’s no turning back. The Industrial Internet of Things has opened the floodgates, allowing a deluge of data to saturate your ERPs and PLMs. Every enabled sensor, every smart machine gives more data to operators and managers on the factory floor. If used correctly, the IIoT is supposed to improve productivity on the line, provide better insights into processes and equipment, and more importantly lessen stress levels across the board by alerting workers to potential problems before they become critical failures. The devices aren’t magic, though. They have limitations. A big one is power.

Currently, IIoT sensors and devices run on batteries or are fed power through cables, which lead to extra maintenance and infrastructure considerations.

“We believe IIoT isn’t really possible without wireless power,” says Doug Stovall, chief revenue officer for technology licensing company Ossia Inc., which is currently testing the Cota wireless charging system to enable the IIot “to achieve the greatness everybody hopes it can.

The technology operates like WiFi, but sends a concentrated RF signal. Once a device needs power, the receiver shoots out a beacon signal, which is picked up by the transmitter. Stovall says the beacon’s power is 50 times lower than Bluetooth’s. The transmitter has thousands of antennae, and the software decides which is best suited to replicate the path the signal traveled from the receiver. This allows the RF beam to avoid obstacles such as people. Think of it bouncing off the walls like an air hockey puck, but the transmitter can hit dozens of targets simultaneously. Stovall says the technology is completely safe, as the FCC mandates.

The receiver, a very small silicon chip embedded into the sensor you want collecting data, continuously broadcasts a beacon signal 100 times/sec, which is then picked up by the transmitter. For now the transmitter comprises one or more tiles in the ceiling, or a base the size of an Amazon Echo, while a receiver not embedded in a device design can be the size of a AA battery. Because the power level is low, multiple transmitters can be deployed to reduce charging time.

Inventor Hatem Zeine filed the first patent in 2007 and unveiled the tech, which the company compares to Nicola Tesla’s wireless A/C model, in 2013. At the time, the range was 10 feet. They have tripled that to 30 feet. Other wireless charging solutions, such as magnetic resonance and induction, are limited to inches or a few feet. In 2016, Gizmodo writer Andrew Liszewski saw Cota charging an iPhone and called it “the coolest CES demo I’ve ever seen.”

The uses in homes or offices to power gadgets and laptops is evident, but can it really revolutionize the IoT?

Below Stovall explains the five reasons why Ossia thinks it can.

Think of how much a pain it is to replace smoke alarm batteries in your house every six months, if you remember. Climbing on chairs, finding spare C battery. It’s annoying. Now imagine doing that in an industrial area, where the sensors could be high up on equipment or hidden behind moving machinery.

If it’s wired, then that brings up tangling or fraying issues, which would be even more difficult to swap out. Cota chips can cost as low as 10 cents, Stovall says.

“The cost of changing batteries or running wires adds up and will limit the potential of the Industrial IoT.” Stovall says. “These are major pain points people worry about,”

Ossia’s Forever Battery was designed to last ten years to give you an idea of how infrequently these would need to be maintained.

Because of power concerns, a temperature sensor may only transmit data a few times a day. If energy consumption is out of the equation, that data flow can be constant, and more data always equals more informed decisions on, and greater visibility into, operation.

The best part is that for devices that are not yet “smart,” Cota raises their IQ.

“Not only is the wireless network providing energy, it also transmits data between devices,” Stovall says. “This wireless data on temperature, vibration, speed, and flow is transmitted to a central hub where it can be accessed and used to improve safety measures, reduce energy use, and make major production improvements.”

Let’s put that temperature sensor in a large freezer at a food and beverage warehouse, where it’s essentially a sentry guarding against loss of product. If a door is left open, or if the motor goes down, the temperature increases. With a battery-powered sensor that loses power or sends data infrequently, managers might not get that vital information in time might, and the company could be looking at a huge loss of inventory.

“Certainly, if there’s a battery in there [the sensor] would have to be bigger,” Stovall says. “It can take up a third, maybe even 50% of the device.”

The Cota receiver can be about the size of a quarter, allowing that new empty space to be filled with more computing power to gather more data.

“You’ve taken a weak IoT device and made it super powerful,” Stovall explains.

“Talking to designers, the first thing they say they consider is power,” Stovall shares. With one hurdle removed, the design team is more free to think about what the sensor needs to do. “This empowers designers of Industrial IoT to do more, even things we haven’t dreamed of today.”

How wireless charging will power yo...