How IoT Can Transform Brick-and-Mortar Shopping 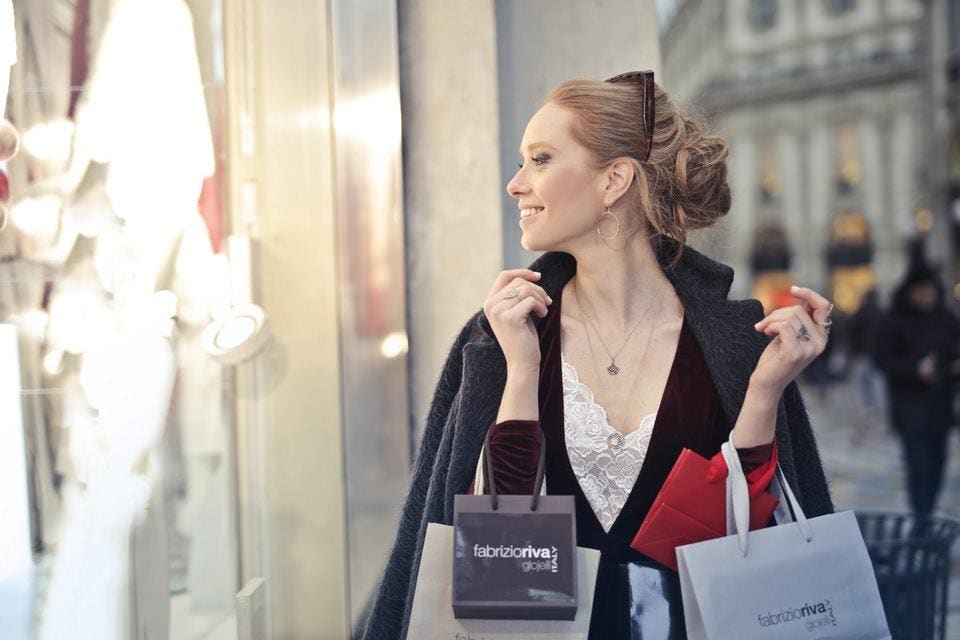 Internet of things (IoT) enthusiasts often discuss connected technologies as ends in themselves rather than means to ends. Thankfully, that’s not the case in the retail arena. The potential benefits are concrete, far-reaching and enticing. And whereas many IoT solutions are all about amassing data for analysis, retail IoT is about changing the store experience and operations.

While I don’t think IoT will necessarily disrupt the balance between e-commerce and brick-and-mortar retail, it will give multichannel retailers new ways to succeed in physical stores. Let’s examine three interconnected ways IoT could make a significant difference for stores and shoppers.

Today, the most advanced retail stores manage inventory using RFID technology. Although the RFID chips are significantly more expensive than barcodes, they can be scanned from a distance and significantly speed up inventory checks because scanning is so quick.

Let’s say we put RFID chips in every item at a grocery store, connected them to Wi-Fi and powered them wirelessly (i.e., from up to 30 feet away) so that they could submit information to a cloud platform without an onboard battery or cable. Essentially, stores could automate inventory management and eliminate the associated labor costs.

A cloud-based platform would automatically ping the inventory, check it against sales and potentially monitor the locations of goods as they travel around the store. Thus, stores could track in real time what customers buy and in what order the way e-commerce sites do.

The chip would provide far more detailed and usable data than cameras without the same privacy concerns. It could even detect "abandoned cart" scenarios or when a shopper grabs an item but returns it to the shelf. These technologies we take for granted in e-commerce would become part of brick-and-mortar retail.

Let’s say the RFID chip stores a history of the product as it moves through a wirelessly powered distribution chain. Stores could begin to give consumers more information about their products and thereby build more trust.

For example, the chip on a milk carton may have a temperature sensor that confirms the milk stayed at proper temperatures and did not spoil. Likewise, the tag on Copper River salmon could confirm that the fish were sourced authentically and are not being counterfeited as a higher-quality type. More importantly, chemical sensors could travel with foods known to carry foodborne illness and alert the store to an outbreak before consumers buy it.

For more complicated products, shoppers could use an RFID or NFC scanner on their cart to pull up product specifications, unboxing videos, usage tips and information on how and where an item was manufactured. In other words, the research shoppers routinely conduct online would become integrated with an in-store shopping experience.

Checkout lines are where in-store commerce is weakest compared to e-commerce (it is everyone’s least favorite part of any shopping experience). One click is always faster than waiting in line. The chip system I’m describing could change this. With chips on every product, stores could allow customers to check themselves out with a smartphone.

When customers arrive at the store, they would check-in to their physical cart using a Bluetooth app. The store app might pull up a previous grocery list, offer targeted discounts or show point balances and potential savings. It could even map the route a shopper should take to make the shopping experience as efficient as possible.

Once connected, the cart would become aware of the users shopping and tally up items as they enter the cart. It might use an RFID scanner for that purpose (or NFC if the store preferred that protocol). The cart could also remove items from the bill if the customer changes his or her mind and returns them to the shelf.

The cart would play the role of cashier as the user shopped. At the exit, the user’s smartphone would prompt them to check their cart and purchase the goods in one tap. The goods would then be allowed to pass through the exit. If an item hadn’t been scanned (or someone was shoplifting), the onboard chips would alert staff members positioned at the exit.

Altogether, this IoT approach to retail would eliminate labor costs, build trust in products and make waiting in lines a thing of the past. We already have the technological building blocks to make what I described: wireless communication, remote wireless power and low-cost electronics. Now it’s a matter of putting them together and making the system cost-effective.