Ossia hosts the inaugrual Ossia Imagine Event for more than 20 Fortune 500 partners and customers. Last week, I was thrilled to welcome an impressive gathering of diverse industries, manufacturers, designers, and thought leaders of wireless power at Ossia’s first Imagine event. The event was designed to bring the who’s who of wireless power together to discuss how we can facilitate the entire wireless power ecosystem. And discuss we did.

Even with decades of experience as business leaders in advanced technology sectors, this meeting of the minds for wireless power technology was a first for many, me included. I was honored and excited to be hosting the event and speaking with such an impressive group of people.

My main goals for the event were to encourage everyone to walk away more informed and more enthusiastic about real wireless power and for attendees to make the connections that will make the current and future ecosystem of wireless power partners stronger.

When we connect and partner up in this way, we’ll be able to bring wireless power to more consumers sooner.

At the event, we wanted everyone to Imagine a World where every device in the house, office, retails environment or car is powered wirelessly. A world where you don’t have to wire any of the 100s of billions of the IoT devices expected in the market in the next few years.

Consider a future where we aren’t being held hostage to dying batteries, and every Walmart, 7-11, or Starbucks is completely wireless with sensors, price tags, and point-of-service devices. How would this affect your business? Your employees? Your daily life?

But we shouldn’t stop there. We should think even bigger, for example, to consider a world where we can power things like drones from a ground station. With wireless power, the possibilities are endless. That’s where I wanted to conversation to start.

What many people may not know is that real wireless power isn’t just a daydream. It’s a reality, and it’s available now from Ossia. The wireless power technology is called Cota, and it’s currently the only viable wireless power solution that can deliver meaningful power at a real distance.

That was a big message throughout the conference, that companies can now put their wireless power dreams into action. Cota wireless power technology is ready to be licensed and deployed. Working with our ecosystem partners, Ossia has developed ASICs, reference designs, transmitters, receivers, and development kits.

Ossia has also released the Global Real Wireless Power Cota Standard, which addresses interoperability across devices, and implementations across countries. It enables all companies to speak the same technological language when developing the wireless components that need to work together. This is huge.

Ossia has shown how Cota can deliver 2 Watts over a few feet distance and meaningful power at 30 feet, even behind walls.

Also, in H1 of 2018, Ossia will receive our FCC approval for an IoT device. This will be the first approval ever by the FCC for power over distance. This technology will enable billions and billions of devices. And it’s available to any OEM for commercial license.

Why not create wirelessly powered devices at Ossia?

People ask this question all the time, which makes sense, because it would give us ultimate control of the process. Over the last couple years, we have carefully considered different business models and different ways of working with our ecosystem partners. We have even toyed with the idea of manufacturing our own products, our own chipsets, our own transmitters, and our own integrated products that receive power.

We quickly reached the conclusion that our strengths and our vision are really more in line with being a horizontal player; that is, to enable the best product companies in the world to enhance their products with Cota wireless power technology, rather than try to make everything ourselves.

As a result, we made a clear business decision to focus on our core strength -- technology development -- and work with our ecosystem partners to integrate the technology and bring it to the market through their products.

The wireless power ecosystem is born 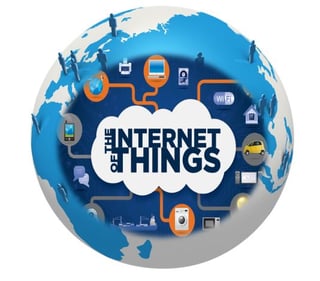 Rather than go at it alone, we are building an ecosystem of partners that are all vested in bringing real wireless power to market. The Imagine event was a direct result of that shift in thinking, to bring the people and companies together that can make the wireless world a reality. And I couldn’t be more pleased with the result.

At the event, many different kinds of companies were represented, including:

All of these components are required to create a complete ecosystem. And so it begins.