Originally posted by Abhimanyu Ghoshal in The Next Web 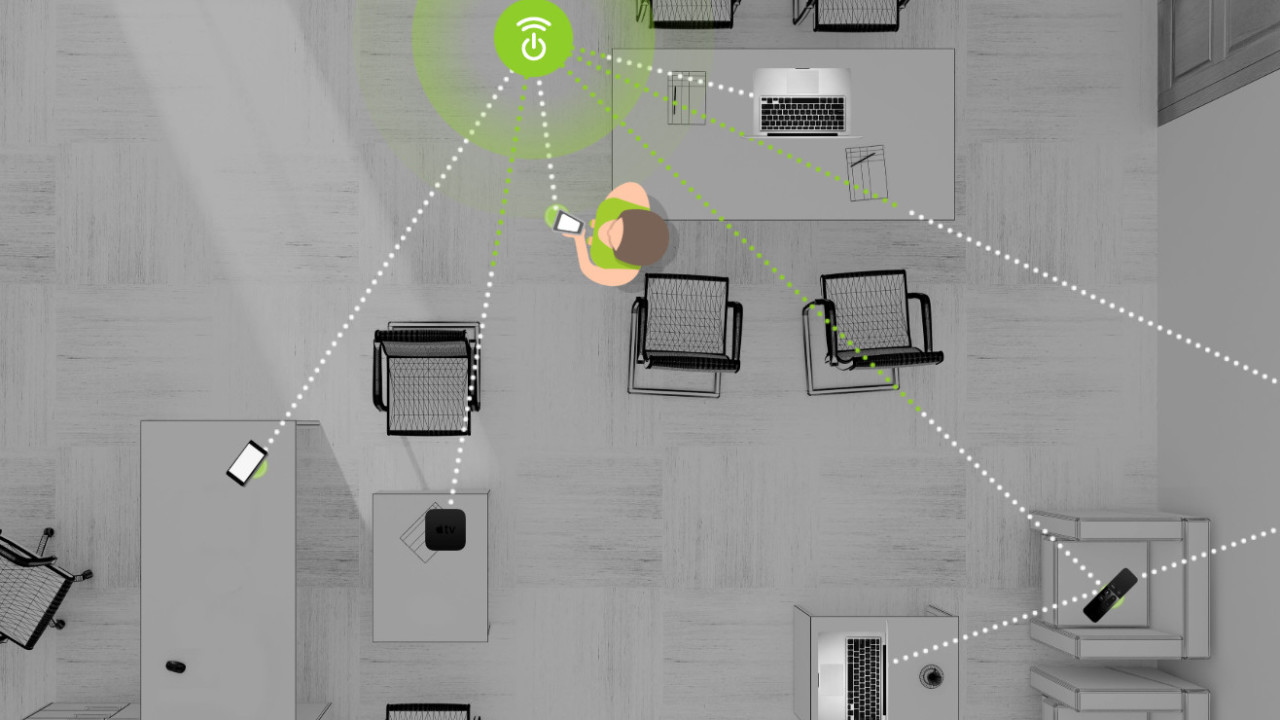 A number of companies have been working on over-the-air charging – the holy grail for electronic devices – for several years now. Just think about how cool it’d be to never again have to plug your gadgets into wall sockets, change the batteries in your smoke detector, or even put down your phone so it can juice up.

There’s been some progress since these firms got started, but it looks like we’re almost at the finish line now, thanks to Ossia – which has just secured FCC approval for its wireless charging technology.

The Bellevue, Washington-based company, which was founded in 2013, has now received certification for Cota, its tech that uses radio frequencies to safely deliver up to 1W of power within a distance of 1m.

So, can we start juicing up our phones without putting them down already? Well, not quite. The nod from the US Federal Communications Commission allows Ossia to market and sell its tech nationwide, but not for residential use – only for industrial and commercial purposes. That means we’ll still need to wait a bit before we can use these at home, with products we can buy off the shelf.

The company will partner with other firms to build solutions for asset tracking in factories, as well as for any situation where it’s cumbersome to route power cables. CEO Mario Obeidat told me this could extend to powering things like sensors, and robotic arms operating in safety cages. And of course, there are a range of IoT devices that could benefit from wireless power delivery.

How does it work?

Over-the-air charging technology requires a transmitter – a device that’s akin to a Wi-Fi router in size and how it can be placed in a room – to send power in the form of a radio frequency (RF) signal to a receiver. The receiver is small enough to be embedded in laptops, phones, and other gadgets, and it converts these signals into DC power.

Other companies do this too, but Ossia says that it takes a different approach. With Cota, a signal is first sent from the receiver to the transmitter to initiate a ‘conversation.’ The transmitter then sends power back along the same path; the path changes if there’s an object, person, or pet in between the two devices, so the path changes almost instantaneously. This allows for safe and efficient continuous power delivery, without requiring that devices maintain line of sight, or turn off when there are objects obstructing the path.

The transmitter itself can be fairly compact; Obeidat said that the company is working on a model that’s 30cm x 30cm, and you can have as many of them in a room as you need. One transmitter can send power to multiple devices simultaneously, but the amount of power they’ll receive will be divided up between them. You can expect to spend about $100 for one of these in the near future.

How fast can it charge my gadgets?

While Ossia says its tech works at longer distances and with greater amounts of power than 1W up to 1m, it’s only certified to be used safely with those limits by the FCC at present. So if we’re thinking about charging a 3,700mAh battery with a 30W wall charger – like the one in the OnePlus 6T smartphone – it’ll take 1.4 hours (or 1 hour and 25 minutes). The same battery would take 30 times that with a Cota system, which means it’ll take 42 hours.

However, those are the current limitations, and the company believes it can deliver power at a higher efficiency and across a longer range soon enough. Plus, the tech can theoretically deliver more power within a shorter distance, like around 4W when both the transmitter and receiver are on your desk. That would mean about 10.5 hours to charge the aforementioned phone.

In the meantime, Ossia says its power delivery should be sufficient for smaller and less demanding devices.

The next major challenges for Ossia involve FCC approval for its Cota tech in residential spaces and for consumer devices, and similar certification in countries worldwide. Obeidat isn’t worried because, according to him, the FCC’s standards are among the most stringent of all similar agencies across the globe, so clearing the rest shouldn’t take much retooling. The same goes for securing FCC certification for residential spaces.

Of course, it’ll be interesting to watch this space and see who comes out on top, and makes their charging standard available worldwide. There are other players like Energous, which demoed prototype gadgets with its WattUp technology embedded in them earlier this year, and Powercast, which also has FCC certification and even a dev kit for its wireless power delivery system.

Ossia is already working with Walmart on wireless charging tech to improve its retail stores, and with gadget accessory maker Spigen to develop phone cases with Cota inside. Obeidat told me that we should expect to see products that support over-the-air charging by the end of 2020.