Ossia’s wireless power tech, Cota, has been kicking for a long time now. In fact, we wrote about the thing nearly a decade ago. Certainly the promises attached to the technology are intriguing: over-the-air power at a distance, without a line of sight. So, where does one sign up? 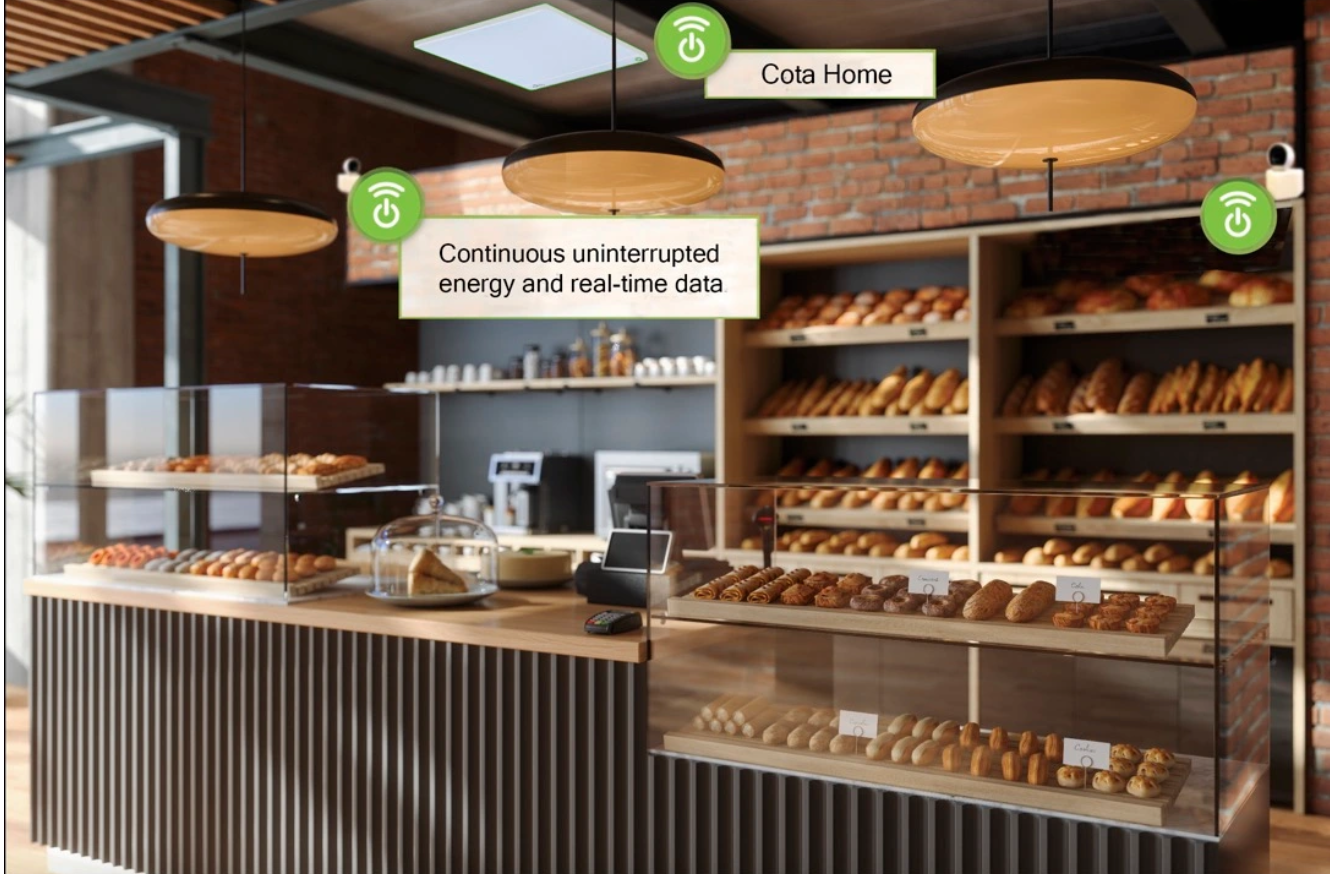 Today at CES, the Pacific Northwestern firm announced a step toward bringing it to more users. It’s taking the form of the Universal Base, a white labeled product that receives power from a nearby Cota Home node. The technology can be built into a new product or added to an existing one.

“Cota is unique in that it automatically sends wireless power over the air safely and reliably, even with people in the room or on the move,” says Ossia CEO Doug Stovall. “Ossia works with companies to license the Cota technology and complete rapid integrations, like this one, which helps expedite time to market. The Cota Universal Base is a springboard for organizations that wish to cut the cord on plug-in charging pads and surfaces and move to Real Wireless Power.”

The first commercially available product to utilize the set up will be the universal charging base for the ARCHOS Cota Wireless Power Security Camera. The home security camera can be used untethered, receiving power from the Home node, rather than relying on just battery power. As far as applications go, security cameras make sense. They’re always on and can be a bit tough to wire. Otherwise you have to change the thiing.

It comes with a Cota transmitter that plugs into a wall outlet and continuously charges up to five cameras within a 30-foot range of the Ossia transmitter. Homeowners can monitor power levels and camera footage from a mobile app. This is a seamless user experience that requires no management. An event captured on the security camera can trigger the camera app with nothing extra to download.

Pre-orders for the Cota Universal Base will open early this year. It will start shipping closer to the end of the year.

CES 2023: A list of Washington state companies showing off their latest tech gadgets and services
By GeekWire
Three way deal for wireless power to RF ePaper tags
By EENewsEurope
Ossia Unveils Next-Gen, 5.8-GHz Wireless Power (But Where's the First Gen?)
By Tom's Hardware
This Transmitter Can Charge Your Devices Over-The-Air, No Wires Necessary
By Screenrant
Ossia Unveils Wirelessly Powered Cota Universal Base and Dev Kit at CES 2023
By Robotics247