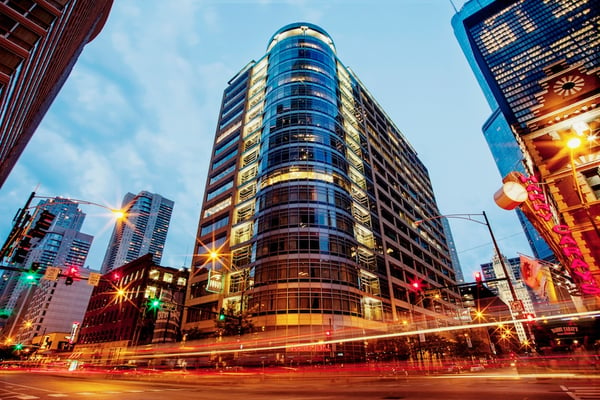 The definition of a “smart city” varies, but most agree that successful smart city initiatives must focus on improving three factors: efficiency, productivity and the environment. To create a smart city, planners will require copious data from a multitude of sources, including sensors on devices, vehicles and buildings. Data collection, analysis and contextualization to enable better automated or human-based decision-making is an absolutely central element in creating a smart city that optimizes municipal functions, drives economic development and improves the quality of life for its inhabitants.

Sensors are the “ears” of a smart city, and the internet of things (IoT) is the central nervous system that powers its decision-making brain. Sensors located in buildings, cars, buses and homes will feed data into the IoT, and the data will make the city smarter as it listens to what’s happening within it and around it. And with the knowledge it gains, the smart city will continuously improve its decision-making power and outcomes, whether through automation or humans using the data to make better decisions.

Data makes us smarter. There’s nothing new about that concept. But applying it on a citywide scale will require significant innovation. Smart cities are already on the rise, of course. A few years ago, Juniper Research named the top five smart cities in the world, with Barcelona coming in first. The report noted that Masdar City in the United Arab Emirates ranked highest in environment and sustainability factors and that Singapore had the world’s best smart traffic system.

But Barcelona won in part because of its use of open data. The report also highlighted the integral role the IoT plays in successful smart city initiatives, with report author Steffen Sorrell noting that the IoT “is comprised not only of connected devices, but also of analytics leading to contextual awareness.” Examples of how those analytics are applied include reduced energy consumption through smart street lighting, smart parking that decreases traffic congestion and much more.

While smart cities already exist, they can always get smarter. The ideal state is to build a smart city that is in a continuous state of improvement as more data comes online and the IoT expands. For cities to become smarter, more data has to flow in, be placed in context and be used to make better decisions. Everything that is measurable will have to be measured, including resource consumption, traffic patterns, environmental health, power usage, temperature fluctuations, and the movement of people.

Of course, much of this information is collected already. Inventory systems track resources levels. Cities already have access to digital information on traffic patterns, and people constantly monitor the health of the environment. Gas, water and electrical utilities keep track of usage at the customer level and for the city as a whole. We already monitor temperatures inside and outside. Information on activities already exist that allow us to predict how people typically move within a city on any given day.

But the challenge is freeing all of this siloed data. Gas, water and electrical utilities all have data, but it’s not typically shared outside those organizations or only shared on a limited basis. Information on traffic patterns rarely makes its way outside traffic services systems. Environmental information may be closely held, and general health information is typically inaccessible to people outside the healthcare system. This information is collected — in a variety of formats and with varying degrees of rigor. But it’s not shared on a widespread basis.

To get to a future state of truly smarter cities, these data silos will have to fall. When all of this information is brought together, it generates insights and coherency that is greater than the sum of its parts. It creates a store of knowledge that cities can use to identify immediate, short-term, medium-term and long-term objectives that improve efficiency, productivity and the environment. But as long as the data silos remain, cities will be denied the information they need to become smarter cities.

In addition to breaking down silos that exist between stores of data that are already collected, smarter cities will require a broader deployment of the IoT to improve their intelligence. The IoT is already growing by leaps and bounds in the context of business and is being used in a limited way for municipal purposes. The global IoT market is projected to grow from $157 billion in 2016 to $457 billion in 2020. The manufacturing, transportation and logistics, and utilities industries are leading the way on IoT spending, which is expected to reach $40 billion for each of those sectors by 2020.

Investment in the IoT is growing steadily, but there’s little consensus on how many total devices that spending will represent as the IoT evolves. One report predicts that 55 billion IoT devices will be online by 2025, up from 9 billion in 2017. Others project more or fewer devices. But whichever estimate turns out to be correct, it’s reasonable to assume that when retrofitting existing cities to achieve smart city status starts happening on a global scale, it will supercharge the growth of the IoT worldwide.

One significant barrier to IoT deployment on the scale it would take to transform cities worldwide into smart cities is the necessity of using batteries to power the sensors. There are many different types of batteries currently used in IoT devices. Older technologies like disposable alkaline batteries are used in some connected devices, including certain brands of smart door locks. However, the use of disposable batteries creates significant environmental issues.

Lightweight lithium batteries are a more popular choice for IoT sensors, but lithium is volatile and may catch fire under some circumstances. Rechargeable nickel metal hybrid batteries last longer than alkaline batteries, but they are sensitive to extreme temperatures, rending them unsuitable for many applications. And nickel batteries that are reusable lose their charge unless the user exhausts the voltage before recharging them, making them inconvenient for many IoT applications.

Solving the power conundrum is necessary before cities can achieve a truly smarter state, and given their drawbacks, existing batteries won’t work, nor will wired power since so many of the devices are designed to be in motion. But a solution is on the horizon: Since it has now been demonstrated that it is possible to create local wireless power that can be safely transmitted at a distance, deploying wireless power on a larger scale is the obvious answer to the power dilemma.

Wireless power eliminates the environmental concerns batteries present. Wireless power deployed at scale would also eliminate the need to ramp up battery manufacturing capabilities to meet the demand created by millions of IoT devices deployed in a city infrastructure. With the right approach — using technology that exists today — it will be possible to enable smart cities using technology to provide power at a distance to devices while also facilitating connectivity so IoT devices can communicate with the internet, providing the data that smart cities need.

We’re already collecting much of the data we need to build smarter cities, and the ideal technology to power the devices that generate that information is imminent. But there are still obstacles to creating municipalities that maximize efficiency, productivity and environmental sustainability — smart cities. First, barriers to the free flow of data must be eliminated so that smart city planners gain the big-picture view they need to increase operational efficiency, improve communication and increase the well-being of the smart city’s inhabitants.

Efficient data collection, analysis and presentation is a precursor for truly achieving smart city status since it informs decision-making, allowing for more intelligent approaches to resource distribution and service delivery. But smart city design must also take into account the mechanisms that allow the data to flow in, even when data silos are eliminated, and that means rethinking how devices are powered. Batteries, whether disposable or rechargeable, are another barrier that must be overcome.

The good news is that we’re on the cusp of overcoming both of these obstacles. The IoT is growing at a rapid clip, creating new flows of information that can be analyzed and acted upon, and wireless power is a reality that is on the verge of expanding into numerous applications. Smart city designers will be able to more easily build IoT sensors into vehicles, commercial buildings and homes, and that will ensure that cities start listening to the signals the sensors send, growing more intelligent by the day and ushering in a time of unprecedented efficiency, productivity and environmental sustainability.