Ossia teams up with Walmart to pilot wireless charging tech 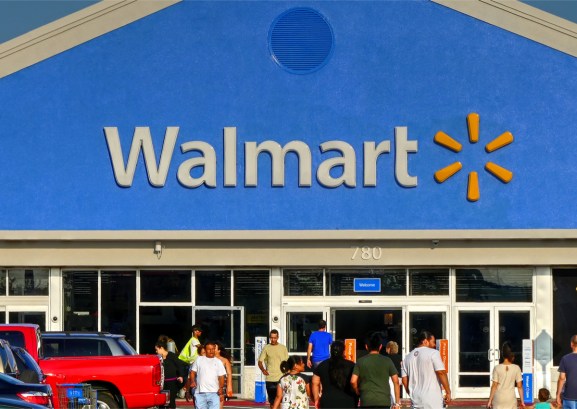 Nearly a decade ago, Bellevue, Washington-based Ossia developed a wire-free, over-the-air transceiver that could beam electricity to devices anywhere within range. In the years that followed, the startup produced referenced kits, licensed designs to antenna companies, built out a cloud-hosted management platform, and recruited ecosystem partners like Displaydata, Molex, and Motherson. But until now, it had failed to gain ground on commercialization and deployment — at least publicly.

That changed today with the announcement that Walmart will be Ossia’s first retail partner. The wireless startup inked a business agreement with the world’s largest brick-and-mortar retailer to “[explore] new ways” it might help Walmart cut power costs in its thousands of stores, clubs, and facilities.

The exact terms of the agreement weren’t disclosed, but Ravi Jariwala, Walmart’s director of public relations, told VentureBeat that the retailer is committed to trialing Ossia’s technology on a limited basis.

“When we find ways to lower costs, it means we can lower our prices even further for customers, and that’s something we’re always looking to do,” Jariwala said. “One interesting technology we’re excited to test is wireless power transfer from a company named Ossia, Inc., which could one day reduce and even eliminate our daily dependence on batteries and wired connections for power.”

If you aren’t familiar with Ossia’s Cota platform, here’s a quick rundown: Unlike most “wireless” charging tech on the market, Cota doesn’t require line-of-sight access, plugs, or charging pads. Instead, it taps thousands of antennas embedded in transmitters that communicate with compatible transceivers. When a device starts running low on power, those antennas emit microseconds-long beacon signals that reflect off of walls and other obstacles until they reach a transmitter, which triangulates the beams to pinpoint the transceiver’s location and sends power along those paths.

A single transmitter can send about 1 watt to a smartphone sitting 3-6 feet away, Ossia claims, while its prototype Cota Tile can charge devices up to 30 feet away (or 50 feet with two transmitters working in tandem). Future designs will take advantage of more powerful 2.4GHz and 5.8GHz hardware, the latter of which will enable Ossia to squeeze more antennas onto a same-sized transmitter.

Preston Woo, VP of corporate development and business alliances at Ossia, said a retail setting was a natural fit for Cota: “Walmart [has] a lot of different needs for wireless power, and not just in stores.”

It’s not just the retail environment that poses a challenge. Walmart operates more than 150 distribution centers, some of which contain battery-operated sensors, wearables, and inventory tracking and retrieval robots.

On average, annual electricity bills total $190,000 per location, according to Greentech Media. “The costs add up,” Woo said.

Walmart’s unique power needs aren’t the only reason Ossia saw the retailer as a great fit. If all goes well, its stores present an opportunity to demonstrate Cota to the public for the very first time. About 324 million people walk through Walmart’s doors every day, and in the U.S., 90 percent of people live within 15 miles of a store.

“We all shop in retail stores. There’s a lot of interesting use cases there,” Woo said.

Retail isn’t the endgame, of course. Ossia’s working with wireless carriers, battery manufacturers, and a number of companies in other verticals. But the Walmart deal gives Cota a strong foundation on which to grow.

“Our broader retail internet of things strategy is signing up different ecosystem partners,” Woo said. “It’s the entry point to building out our ecosystem … [and we] expect to have more pilots next year.”

The company’s on track to launch a proof of concept by the end of this year.

Ossia has raised more than $35 million, to date, but it’s got plenty of competition. Powercast, a startup founded in 2003, has an at-a-distance wireless power system that’s available in the form of a development kit. And Energous — which VentureBeat exclusively reported has been working with Apple since 2014 — is commercializing transmitters that “can do both contact-based and non-contact-based … charging” and send power through the air to devices between 10cm and roughly 30 feet away. (Just this week, Energous announced that it has received regulatory approval in 100 countries.)

Ossia’s betting that with today’s announcement, it’s got a substantial leg up. It might just be right.