A partnership with startup Ossia will bring over-the-air wireless charging within about a year, but it's at CES today. 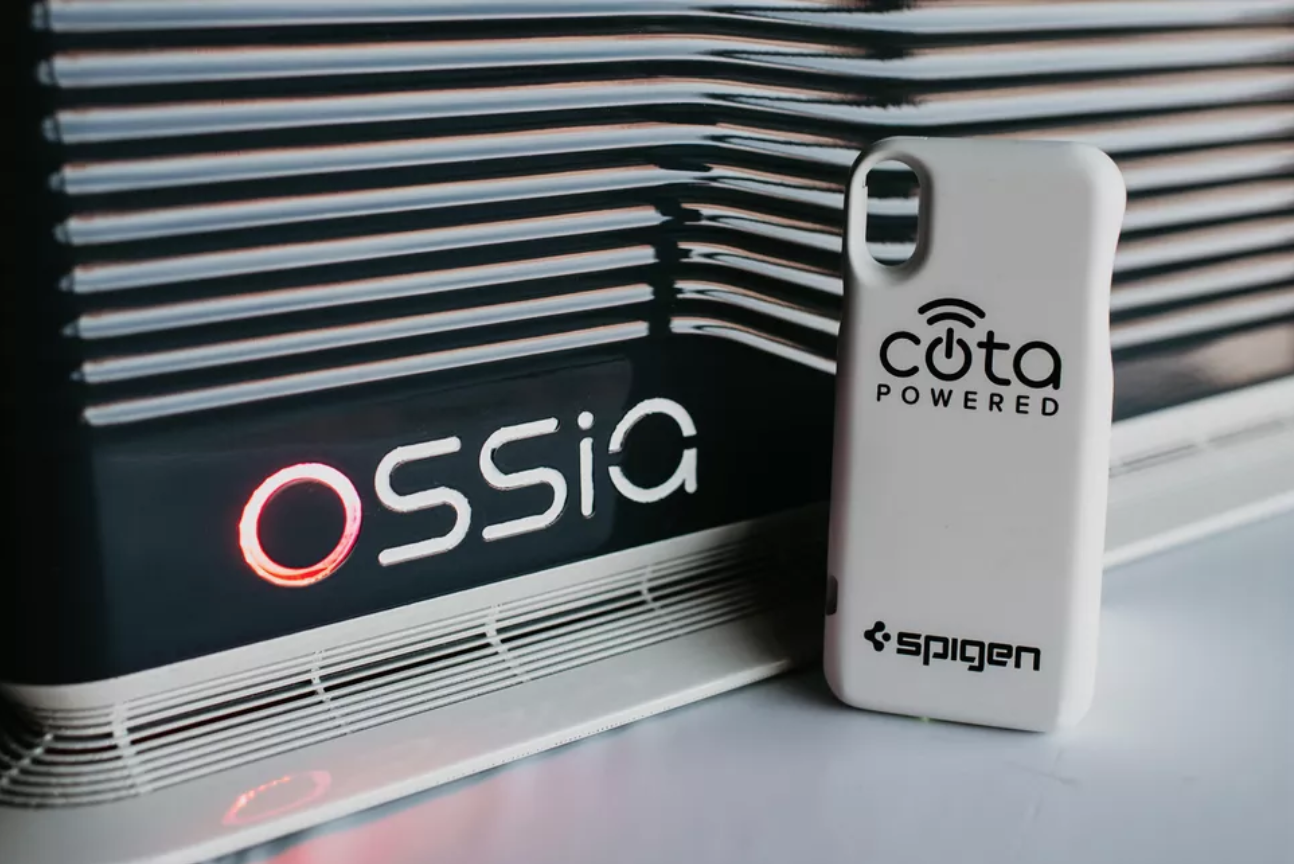 Ossia's over-the-air charging system, called Cota, will go on sale through a partnership with phone case maker Spigen in coming months. The wireless transmitter shown here is much larger than a phone, but final dimensions haven't been settled.

If Qi wireless charging stands and pads are crimping your style, a partnership between smartphone case maker Spigen and startup Ossiashould let you charge your phone as you wander around a room.

The two companies showed off a prototype charging case called the Forever Sleeve at the CES tech show this week in Las Vegas. A base station beams radio-frequency power to the case, even around corners, and the case converts that radio energy into power to charge the phone's battery, Ossia said Thursday.

Spigen plans to release the case and the separate power transmitter in early 2020 or sooner, Ossia said -- months later than the 2018 timeframe the company had hoped for last year. Pricing isn't yet set.

Ossia's technology, called Cota, is young and not powerful enough to top off your laptop's bigger battery. But it and a competing wireless charging system from rival Energous show that beaming power through the air could keep your phone battery topped up even when it's in your pocket.

"We are excited about working with Ossia toward making 'battery anxiety' a thing of the past by integrating Cota into our smartphone cases," Spigen Chief Executive DaeYoung Kim said in a statement. "This unprecedented innovation will allow users to continuously charge devices without physical contact with a power source."

Spigen favored Ossia over its competitors, Kim added: "After evaluating several wireless power providers, we found Ossia to be best-in-class and the only technology provider able to meet the demands of a real wireless power experience."