This AA battery Will never run out of power 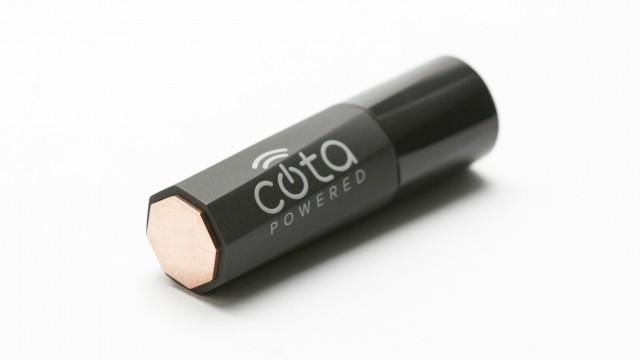 Charging with cables. On any given day I can put my phone on to charge multiple times, often with a powerbank that then needs its own battery boost. To quote the accurate words of viral sensation, Sweet Brown, ain’t nobody got time for that.

Over the past three years, Ossia has been the company pioneering truly wireless charging technology with Cota transmitters. This year at CES 2018, Ossia took things a step further, or a step back in time, with an AA battery that never dies.

While the act of taking out a battery and replacing it is less common now than it was five or ten years ago, a lot of gadgetry, and children’s toys, still rely on physical batteries. From remote controls and smoke detectors to smart IOT devices like lights, security systems and locks, removable batteries remain unavoidable.

READ NEXT: We need to talk about batteries and their potential to save the planet

Ossia’s battery, dubbed the Forever Battery, isn’t a Qi charger or a charging mat, it’s more clever than that. Instead of having to replace the batteries in your Xbox controller or TV remote, Ossia’s system will consistently charge the battery from anywhere in the house, as long as it’s in range of one of the company’s Cota Tiles.

Initially coming in the form of an AA battery, the Forever Battery is equipped with an antenna that’s able to receive power from the Cota transmitter. The transmitter works by beaming radiofrequency (RF) through the air to devices installed with a Forever Battery chip. Ossia claims this works at a distance of up to ten metres, keeping them fully charged at all times. The Forever Battery signals are also able to bend around people and shoot through walls and objects, just like Wi-Fi.

“Think of Wi-Fi,” Ossia CEO, Mario Obeadat told Digital Trends. “Like you have a Wi-Fi router in the home, you have a Cota transmitter. You have many low-power devices, one of them could be the AA battery inside, and it has electronics that communicate and receive power from that transmitter.”

The key line there, however, is “low-power devices”. The technology isn’t at the level of charging your many power-hungry devices just yet, but it’s a start.

Ossia’s innovation is mightily significant for the environment, though, and the repercussions of disposable batteries on our planet are already worrying. Every year, in the United Kingdom alone, 600 million disposable batteries are thrown away, with only a third of these being recycled. While the amount of mercury in these alkaline batteries has been reduced, the substances in batteries leak into the soil and groundwater in landfills, releasing pollutants and toxins into the air.

See related
Liquid batteries could last for over 10 years
You can now get an iPhone battery replacement in the UK for £25: Here’s how
Lithium-air batteries will make your smartphone last for days… and revolutionise electric cars

At CES 2015, Energous, another company working on true-wireless charging technology, unveiled a transmitter that uses radiofrequency to charge devices within range. However, it was pushed back after they announced that they had partnered with a huge consumer electronics brand. Last month though, Energous announced that they had received FCC approval for its three feet WattUp transmitter.

On the other hand, WiTricity, a company started in 2007, is able to charge electric vehicles by having the car park just on top of a magnetic field resonator, doing away with the need for a bulky cable that snakes out from your house at all.

The bad news is, we’re unlikely to see any of this technology hit the market any time soon. Currently, a lot of true-wireless tech, like Ossia’s Cota Tiles, is being used in industrial settings, with companies giving no indication of bringing it to consumers. Although Ossia has said that it hopes to partner with smartphone manufacturers in the future. But seeing as we’ve only just received Qi charging on the iPhone, I doubt we’ll see true-wireless charging for a while yet.