I realized recently that I’ve been taking wireless charging for granted. It may not provide the fast battery charging I want, but wireless charging does exactly what I need it to do. It tops up the battery while I’m not using the phone, without me having to reach mess with any cables. But in the near future, we’ll have access to an even better wireless power delivery system, one that recharges gadgets through the air without the need to place them on a charging mat. This tech obviously requires new hardware components, but CES 2019 brought us an iPhone X case that can attach to a phone and help recharge it from across the room.

If all this sounds familiar, that’s because Apple was rumored to bring over-the-air wireless charging to 2017 iPhones, but that never happened. As cool as the tech is, we’re not quite there yet, as device makers have several hurdles to overcome. But the technology would fix one of the biggest pain points surrounding smartphones, battery life.

Imagine not having to worry about how big your phone’s battery is, or whether you packed all the proper cables when you left home. That’s the kind of wireless charging future that awaits us. In the meantime, Spigen’s new iPhone X case shown in Gizmodo’s image below can recharge the device from across the room: 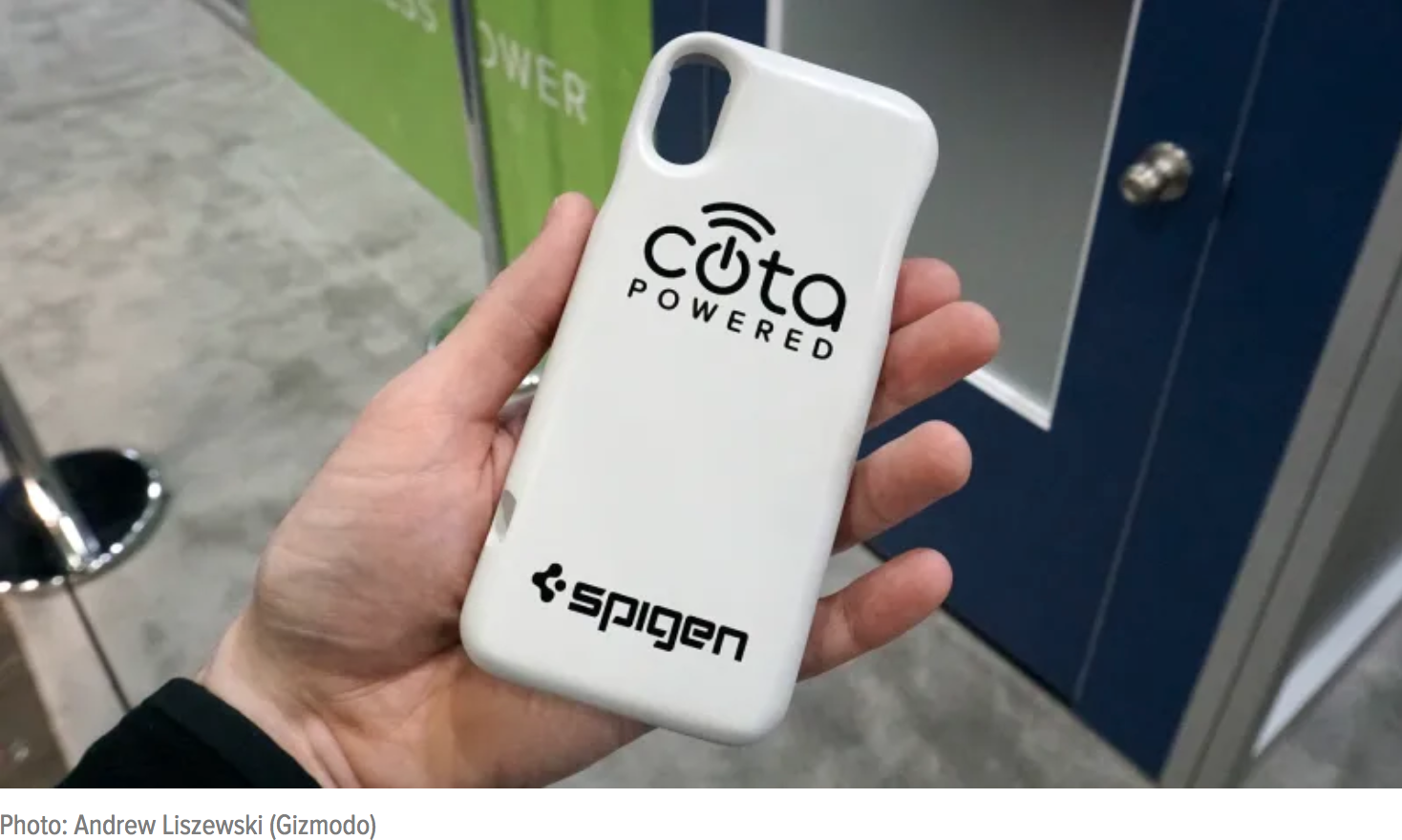 It’s rather bulky, just like any battery case for smartphones, but it does get its power over-the-air thanks to Ossia’s Cota wireless power technology. As you may have guessed, the case needs a power transmitter to work, which means purchasing the Spigen accessory alone won’t be enough. As you can see in the following image, power transmitters placed in a room would handle the power supply.

Here’s how the technology works:

Ossia also explains that the Cota signals would bounce off walls and objects to avoid a person in a room. Hopefully, it works just as well with multiple people in the same room where Cota transmitters would be placed.

So how much does it all cost? Well, we have no pricing for you because the Spigen case is just a prototype meant to demo the technology. The Forever Sleeve, as it’s called, might hit stores next year, according to Ossia’s announcement, assuming everything works as it should.

What’s notable is that Ossia is now working on using the 5.8GHz frequency to beam power from transmitters to supported devices instead of 2.4GHz. This should increase range and decrease the size of the components involved, including the transmitter and chips.