Wireless Power for Drones: Meet the Company Who Wants to Change the Battery Game

Battery life is a limiting factor for commercial drones. This technology company wants to dispatch wireless power for drones.

“One of the core capabilities of our technology is that it’s able to track a moving object, whether it’s a wearable on your arm or a small drone flying,” Heim said. “In spaces like warehouses or homes, you can have small drones that consume power in the lower power range and actually receive power when they’re in flight.”

With its current technology, the company is able to deliver power at very low levels wirelessly over short distances, of up to 10 meters. Ossia is developing systems that provide power at levels of up to 5.8 gigahertz, which will be able to supply more power and at greater distances than the company’s current systems. This next generation of technology, which the company hopes to have in commercial operation in 2023, should be suited to supply wireless power to smaller unmanned aerial vehicles, Zeine said.

“You’d be able to run these drones for security or inventory purposes without having a limitation on the duration of flight,” he said. “Instead of carrying a battery that lasts 20 or 30 minutes or whatever length of time, you can fly the drone continuously without carrying a battery, or carrying just a sliver of a battery, perhaps enough for 10 seconds.”

Having to carry a power source that’s only about 1 percent of the size and weight of a typical drone battery would allow for the design of lighter more nimble aerial vehicles. Such a drone could even be designed to where the body of the vehicle itself would become the antenna that receives the power, Zeine said.

Limited battery life has long presented a challenge for the continuous operation of drones in working environments. A 2016 study by two South Korean researchers found that even with the use of autonomous charging stations, precious flight time is consumed traveling back and forth from the job site to a charging point. “As a result of this problem, the battery is consumed during the flight from the take-off point to the target point rather than the time used for the drone to perform the mission,” said the study published in the International Journal of Trend in Research and Development.

Another advantage of the Ossia technology, which would make it particularly applicable for its use with drones, is that it doesn’t rely on a continuously unobstructed line of sight between the power source and the drone.

“If you have a drone flying through space, it may be obscured by an object — a cabinet, a column or a wall — that’s impenetrable. Our technology is able to use the reflectivity of the environment to deliver power to that device, while it transitions to a place where we can see it again.”

Unlike WIFI hubs, which utilize a beam-forming technology to deliver their signals from a transmitter to a receiver, Ossia’s technology is more like a ping-pong game, bouncing signals back and forth between the transmitter and the receiving device along numerous pathways 100 times every second.

“The receiver sends out a beacon signal that travels everywhere. Some of that signal lands on the transmitter. It can be reflected or direct line-of-site,” he said.

In September, Ossia received approval from European Union and UK regulators allowing its Cota systems to operate at any distance. The company has also received approval from the Federal Communications Commission to operate, but only at the limited distance of one meter between the transmitter and the receiving device. Zeine said the company is hoping to soon convince the FCC to remove the distance limitation on its authorization.

“We pass all the exposure limits, but the FCC has taken a conservative approach and we’re working with them to get the unlimited distance, just like with the European regulators,” he said.

Because the company’s Cota devices operate at such low levels of power, they are safe to operate, even in environments where people are present. The level of power in the beacon that travels from the receiving device to the transmitter is about one one-hundredth that of a single Blue Tooth data packet, a level harmless to humans.

Zeine said drones enabled with Ossia’s technology could perform a wide variety of functions in the retail and logistics industries, from flying over a storage facility to track what goods are in stock, to conducting continuous security monitoring over a large facility.

In addition, the Ossia technology doesn’t interfere with other forms of communications technology, such as WIFI or 5G, allowing operations in multiple environments.

“We can potentially engage (with drone manufacturers) next year and prototype some designs if there are some interested parties, he said. “This is the first time this technology is available on the market and we would like to take full advantage to build projects that were never conceived of before.” 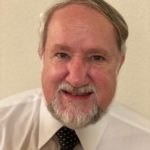 Jim Magill is a Houston-based writer with almost a quarter-century of experience covering technical and economic developments in the oil and gas industry. After retiring in December 2019 as a senior editor with S&P Global Platts, Jim began writing about emerging technologies, such as artificial intelligence, robots and drones, and the ways in which they’re contributing to our society. In addition to DroneLife, Jim is a contributor to Forbes.com and his work has appeared in the Houston Chronicle, U.S. News & World Report, and Unmanned Systems, a publication of the Association for Unmanned Vehicle Systems International.

Miriam McNabb is the Editor-in-Chief of DRONELIFE and CEO of JobForDrones, a professional drone services marketplace, and a fascinated observer of the emerging drone industry and the regulatory environment for drones. Miriam has penned over 3,000 articles focused on the commercial drone space and is an international speaker and recognized figure in the industry.  Miriam has a degree from the University of Chicago and over 20 years of experience in high tech sales and marketing for new technologies.
For drone industry consulting or writing, Email Miriam.
TWITTER:@spaldingbarker