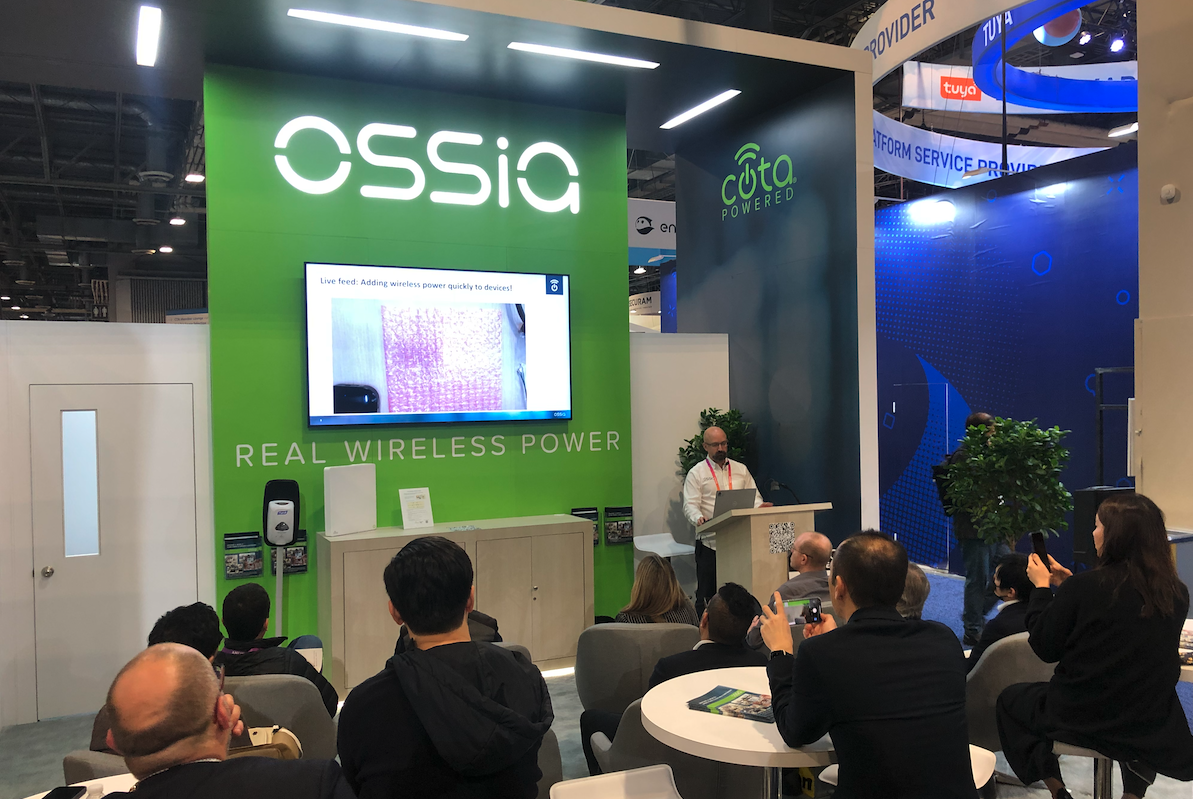 Hatem Zeine, gave a presentation on how Ossia's Cota technology can transform not only ordinary devices but also retrofit existing technology easily. He explained that the Ossia technology, known as Cota, uses RF signals to transmit power wirelessly over long distances, making it a more versatile and efficient solution than traditional wireless charging methods. He showed how Cota can easily retrofit existing devices, such as smartphones and IOT devices, to support wireless charging without the need for bulky charging pads or specialized cases.

Eric Helzer's presentation showcased the ease of integrating the new Ossia Wireless Power Development kit into existing products to make them compatible with Ossia's wireless power technology. In his presentation, Helzer demonstrated how simple it is to integrate the Ossia Development kit into a variety of products. The kit he presented, the Ossia Development kit, is a set of tools and resources that allows developers to add wireless power capabilities to their products with minimal effort. It includes a software development kit (SDK), documentation, and technical support to assist developers in integrating the technology.

Dr. Howard Lui, spoke about the antenna design requirements for RF (radio frequency) wireless power charging (WPC). He highlighted the importance of antenna design in ensuring efficient and safe wireless power transfer. He discussed the various factors that must be considered in the design process, such as frequency range, power level, and radiation pattern.

The four-day event included, as well, the Ossia Happy Hour at the Consumer Electronics Show (CES). The event was a major success, drawing in a crowd of key players and innovative companies from across the tech industry. The event, which took place at the Ossia Booth, was an opportunity for attendees to network, learn about new developments in wireless power technology, and see live demonstrations of Ossia's latest products.

Meet us at Mobile World Congress!

Ossia will be attending Mobile World Congress Feb 27-March 2, 2023 in Barcelona. Join us for live demos of the Cota 5.8GHz system with the new, Cota wirelessly powered ARCHOS security camera. At this show, Ossia and Archos will be taking pre-orders for the first wirelessly powered security camera bundle.
Click here for more info and to set up a meeting: https://www.ossia.com/contact/