Ossia Plans Ahead for the 5G Revolution by Developing a Wireless Power System for the Home and Office that Can Stand Up to 5G’s Power-Hungry Needs, While Being Effortless to Install and Manage

BELLEVUE, Wash., January 7, 2020 [BusinessWire] -- Ossia Inc. (“Ossia”), the company behind Cota® Real Wireless Power™, today announced Cota HOME, a 30-by-30 centimeter transmitter that can power multiple devices, including those on the 5G network, automatically and simultaneously.

While 5G, the 5th generation network, promises faster and more immediate transmissions, it also will be a huge power drain on today’s smart device and Internet of Things (IoT) battery technology. The wired power infrastructure isn’t able to support the potential of IoT and emerging 5G technologies.

Cota HOME, operating on 5.8GHz frequency, was created to solve that problem by continuously delivering power wirelessly over the air to Cota-enabled devices. This makes having a continuously charged device or IoT as convenient, safe and invisible as wireless internet.

What’s more, Cota HOME was designed to easily fit within a home, home office, or small business environment. Available soon for licensing to manufacturing partners, Cota HOME is compact and sets up similarly to other smart home systems, such as speakers, thermostats, and cameras. Cota HOME will be part of Ossia’s 5.8GHz reference design kit.

Once Cota HOME is connected to a power source, the homeowner turns the device on to connect and manage Cota HOME service via the Cota Cloud or the Cota mobile app. The owner doesn’t need to interact with the transmitter manually after it’s powered up — it charges all smart devices that are in range and equipped with receivers.

“Consumers drive technological revolutions, and Cota HOME can bring real wireless power to everyone, including people at home and in small business environments,” said Mario Obeidat, CEO at Ossia. “Just as Wi-Fi routers drove mass adoption of the internet, Cota HOME can free millions of homeowners from batteries, cables, charging pads and wires, and allow them to leverage wireless charging at a distance instead.”

Cota HOME is is environmentally friendly and doesn’t interfere with Wi-Fi or other wireless technologies. Cota HOME can be integrated with existing smart home technologies, such as Amazon Alexa and Google Home.

“We predict Cota HOME will drive demand for more wireless-power-enabled devices, and manufacturers will have more incentive to create products that are environmentally safe (no batteries or chargers required), lighter, and 5G-ready,” Obeidat said. “Real wireless power represents a significant evolutionary leap that can inspire innovative new products while reducing the heavy environmental toll of batteries and wires.”

The Ossia team will be demonstrating Cota HOME at Booth 41137 in Sands, Halls A-D in the Smart Home section at the CES event at the Las Vegas Convention Center January 7-10 by appointment only. To explore licensing opportunities, find out more about Ossia and its award-winning Cota® Real Wireless Power™ and get details about the company’s new Cota HOME technology, please visit the booth or go to ossia.com.

Ossia Inc. is leading the world on what is possible with wireless power. Ossia’s flagship Cota® technology redefines wireless power by safely delivering remote, targeted energy to devices at a distance. Ossia’s Cota technology is a patented smart antenna technology that automatically keeps multiple devices charged without any user intervention and enables an efficient and truly wire-free, powered-up world that is always on and always connected. Ossia is headquartered in Bellevue, Washington. Visit our website at www.ossia.com. 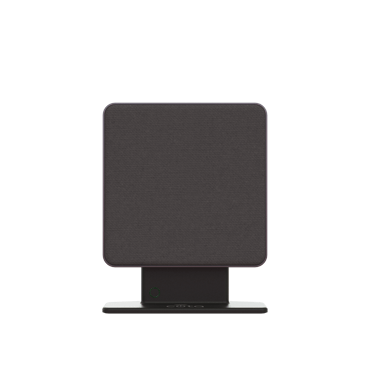 Ossia and KonnectONE Collaborate to...

Ossia Partners with Spigen to Bring...