The True Efficiency of Wireless Power

How do you define efficiency, and will wireless power be efficient enough for your business purposes? Ossia CTO, Hatem Zeine, a physicist and inventor of RF-based wireless power, provides some insight on how best to assess efficiency. 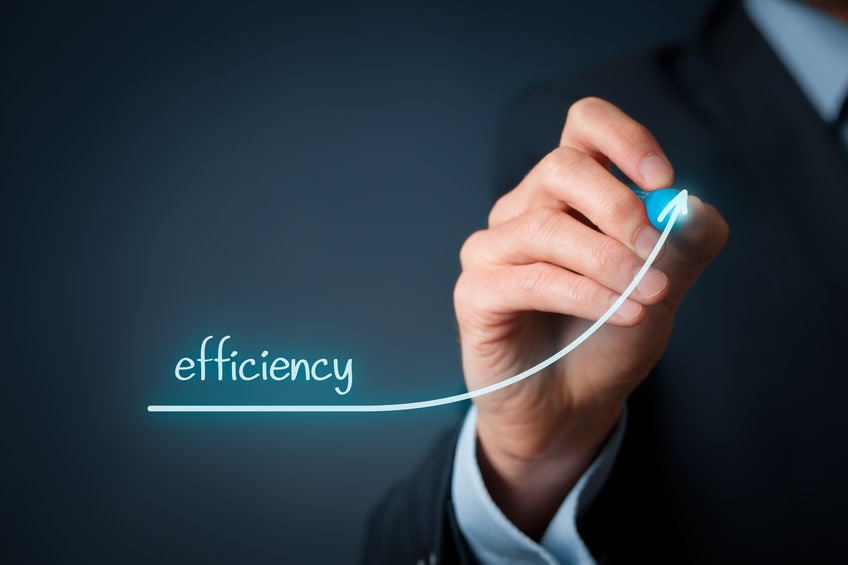 If you’re considering wireless power as an energy solution for your organization, part of your due diligence likely covers efficiency. But what exactly does that mean? Are there different ways to measure it? Which approach makes the most sense for your use case? Have you looked at the whole picture?

Efficiency is the ability to achieve a desired result while avoiding waste: wasted time, resources, inconvenience, effort, energy, or money, as examples.

How does efficiency relate to wireless power delivery? We can look at in from many different perspectives: total power efficiency, total cost of ownership (TCO), carbon footprint, or even environmental impact (think of it as the efficiency of not harming the environment).

Why do we need to determine which efficiency type we’re measuring?

Here’s an example: An automobile might seem more efficient than a horse drawn buggy, unless perhaps, you care more about dollar cost and hay is cheaper than gasoline per mile. Under that metric, the buggy is more fuel-cost efficient per mile than a car, but obviously that’s not the only way to evaluate for a meaningful comparison.

Common sense dictates that we look at other aspects, such as the time it takes to travel from point A to point B. Or the total cost of ownership. Or the inconvenience of feeding and caring for a horse (mucking stalls is hard work and veterinary bills can be expensive!).

Total cost of ownership efficiency is the cost of the equipment and labor plus the cost of energy used for the duration of use.

For the purposes of this article, since it covers all the expenses, we’ll focus on this TCO efficiency metric.

Let’s first look at how TCO applies to room motion sensors. It’s indicative of a wide range of sensor examples from the IoT realm.

The battery powered motion sensor may initially cost less: $30 with a $20 cost of installation. If the battery is changed 3 times over 5 years, with a battery cost of $5 and labor at $20 per replacement, that’s an extra $75. Total: $105 over 5 years.

It appears as if the battery powered device wins[2] over wired at TCO efficiency. But how does the battery measure up to the wirelessly powered motion sensor of the near future?

Let’s estimate the total cost of the device and installation of a wirelessly powered remote sensor as the same as a battery powered device: $50 ($30 device + $20 install), while total power transfer efficiency could be at say a pessimistic 1%, because the device could be far from the transmitter.

This makes wireless power by far the most efficient in terms of TCO over 5 years:  $50.07 is much less expensive than $120 for wired or $105 for battery powered. That savings is because of eliminating the need for costly wiring installation and battery replacements.

But that’s just one example. Let’s look at TCO efficiency of another common device, the smartphone.

A typical smartphone has a battery capacity of about 10Whr. Charging through a wired connection achieves a total power transfer efficiency of around 45%, due to the charger’s inefficiency and the heat generated while charging.

Over a two-year period, which is a typical lifespan of the charger, cable, and phone, every charge would consume 10Whr/45% = 22.2Whr.

Cost of the charger: about $30

Total cost of ownership for the wired smartphone charging: $31.62 over 2 years.

How does that compare to charging “wirelessly” (contact-based or close proximity) using a charging pad or mat?

The total power transfer efficiency of a Qi charging pad is around 31%.

For TCO, the wired charger currently wins. (Of course, time efficiency and convenience are not considered here.) So how do both scenarios measure up to wireless power?

The two senarios (wired and Qi) are one-to-one, which means the charger is dedicated to the device. So, the total cost of the charging device gets added to the scenario whole.

With wireless power, however, a single power transmitter can be shared by multiple devices, which allows us to divide the cost of the equipment over the devices themselves.

Let’s assume the power transfer is typical of early devices at 10%.

Wireless power TCO efficiency can be as follows:

Even at 10% transfer efficiency, wireless power wins at TCO efficiency over both wired charging and Qi. And again, that’s not taking into account the convenience factor.

One counter argument is that the power utilities now need to generate more wall-socket power to cater for lower power transfer efficiency.

Well, that’s not the whole story: power companies would also need to generate the power for the manufacturing of all these charging devices and batteries, too (which is somewhat included in the price of the equipment). Batteries alone cost at least 2000x the energy stored inside the battery itself to manufacture.

When considering cost efficiency of any power source, it’s important to look at all relevant perspectives to assess the total cost of ownership. That provides meaningful and relevant metric of true efficiency.

[1] The cost of power is tiny, in Washington state, power costs around 10¢/KWhr, and the device may consume 0.5W continuously, resulting in a 5 year cost of 0.0005KW*24hrs*365days*5yrs*10¢/KWhr=$2.190. Note: wired devices consume far greater than battery powered devices by about 100 times. So a battery powered device may have a 2Whr battery that lasts 18 months; the same power would be consumed by a wired device in 4 hours.

[2] With the growth of IoT to a trillion devices in next decade, it will not conceivable to think there will be a trillion batteries or a trillion wires; wireless power is inevitable.