Wireless Power for the next generation of naval “Super Carriers”

The USS Gerald R.Ford is the most technologically advanced and one of the largest ships ever built for the Navy measuring over 1,106 feet long and 250 feet high and weighing more than 100,000 tons placing it in class of ships dubbed a “Supercarrier”. The flight deck spans 5 acres and can support up to 75 aircraft. 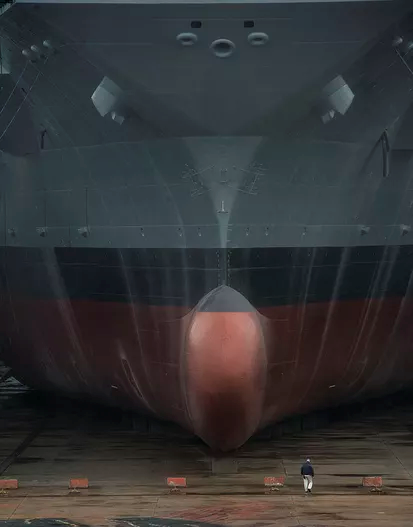 One of the main technological features of the ship is autonomous operation; thereby enabling the ship to operate with a smaller crew.  The advanced sensors and technology deployed throughout the ship allow it to operate with a crew of several hundred fewer than the previous generation of “Supercarrier”. To support the reduction of the crew on the ship, a major overhaul had to be conducted to reduce the major maintenance that is required to support the ships projected 50-year lifetime.

When designing and building a ship that has a lifetime of several decades it is reasonable to assume that new technologies will evolve in that time. As technologically advanced as the USS Gerald R.Ford is by today’s standard, the ship should have more visibility and intelligence to support the adoption of the most recent technical advances. 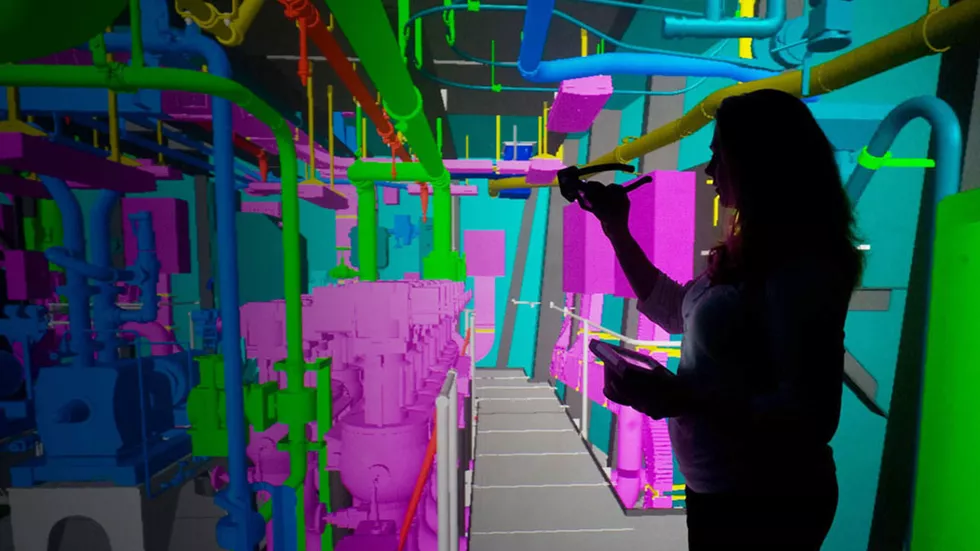 Each part built for a Ford-class carrier starts its life as a full-scale 3D model, and it is the first US carrier to be designed using such computerized techniques. The ability to have a full 3D model of such a large system enables future technological iterations to be made and simulated much easier than in previous generations.

If a ship is to become more autonomous that intelligence needs to be harvested from numerous devices and sensors spread throughout the ship. Additionally, attention must be paid to how individuals and infrastructures interact. For example, designing a ship with more user-centric features which evolve the ways in which occupants’ benefit from their surroundings, can lead to cost savings over the life of the ship. To achieve extra intelligence and cost savings, numerous sensors will need to be deployed in the infrastructure that cover the over 1000 ft in length and 25 decks.  These sensors collect granular, area-by-area data on occupancy, temperature, humidity, light levels and even vending-machine and soap-dispenser usage.

There are multiple challenges when deploying multiple thousands of sensors in such an environment. The operational cost to replace the chemical batteries in the sensors which offsets the economical benefit of an embedded intelligence solution. This is where Ossia’s Cota® Real Wireless Power™ becomes crucial to smart deployment and future proofing of the ship. Sensors, powered by Cota, distributed throughout the ship, send a beacon signal to find the closest Cota Power Transmitter and request power. The Cota technology will continually top up the sensor’s energy storage mechanism whether that be a chemical battery or supercapacitor. Using the Cota solution adds an extra level of autonomy as the sensors will just receive power on demand (PoD). Also, the Cota system is ubiquitous, involving little administration or operation. The Cota technology is as seamless as WiFi, but instead of high-velocity data, Cota sends continuous power to the devices and sensors that need it.

It is important to stress that sensors and IoT are not the only beneficiaries of such a solution. Imagine real-time tracking of assets on-board the ship via an active RFID solution. In this case,  a Cota-enabled asset will simply beacon to its closest Cota Power Transmitter to detect location information across the ship. Another example is dynamic updating to electronic signage on the ship. A Cota solution could provide power to digital e-ink signage that could be updated dynamically from a centralized intelligence solution on-board the ship. Cota’s technology is a key piece of the puzzle towards a fully intelligent “Smart Ship”.

The data aggregated from the thousands of sensors and devices onboard the ship can be collected in real-time and with advanced data analytics and machine learning algorithms the data can be parsed and transformed into actionable intelligence. The benefits of such a solution could reduce operational cost and extend the lifetime of the ship not to mention enhancing the occupant experience onboard the ship.

Contact Ossia today to get a demonstration of Cota Real Wireless Power and discuss how it can be deployed for your use case today!

The Future of Augmented Reality (AR...